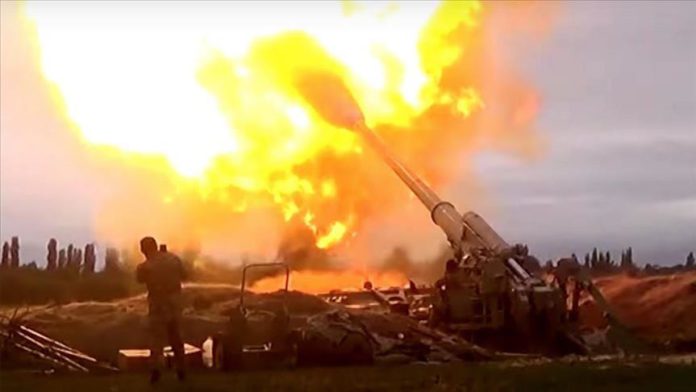 The presidents of France, Russia and the US on Thursday called on Armenia and Azerbaijan to immediately cease hostilities in their conflict over the Nagorno-Karabakh region that flared up earlier this week.

Emmanuel Macron, Vladimir Putin and Donal Trump said in a joint statement that the leaders of Armenia and Azerbaijan must resume peaceful negotiations.

“We mourn the victims and express our condolences to the families of those killed and injured,” the statement said.

“We also call on the leaders of Armenia and Azerbaijan to resume negotiations on settlement in good faith and without preconditions, with the assistance of the OSCE Minsk group co-chairs.”

Border clashes broke out again early on Sunday when Armenian forces targeted Azerbaijani civilian settlements and military positions, leading to casualties. Azerbaijan’s parliament declared a state of war in some of its cities and regions following Armenia’s border violations and attacks in Nagorno-Karabakh.