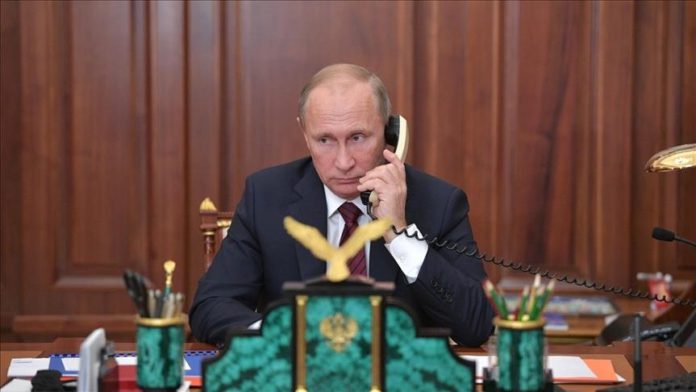 The Russian president discussed the repatriation of the Syrian refugees from Lebanon in a phone talk with the Lebanese prime minister on Thursday.

The leaders expressed their readiness to work together to create “favorable conditions for the safe return of Syrian refugees living in Lebanon,” the Kremlin said in a statement following the conversation between Vladimir Putin and Saad Hariri.

Hariri informed Putin about the recent developments in Lebanon, including efforts to form a new Cabinet of Ministers, the statement said.

“The Russian side confirmed its principled position in support of the sovereignty, independence, unity, and territorial integrity of Lebanon,” it said.

Putin and Hariri also spoke about strengthening trade and economic ties and intensifying contacts between relevant agencies in the fight against coronavirus, including the supply of Russian vaccines to Lebanon, the statement noted.

“The Russian President congratulated Saad Hariri and all the Muslims of Lebanon on the beginning of the holy month of Ramadan,” it also said.

Hariri, who is on a working visit to Russia, also met with his Russian counterpart Mikhail Mishustin.

The two premiers discussed what can be done to improve the economic cooperation between Russia and Lebanon.

Mishustin regretted the trade turnover between the countries dropped by 38% to $320 million due to the coronavirus pandemic.

“We are not satisfied with this situation, we need to correct it and increase our bilateral trade turnover,” Mishustin said.

For his part, Hariri said Lebanon eyes Russia’s investments, particularly in the energy domain, and promised to facilitate the work of the Russian companies in the country.