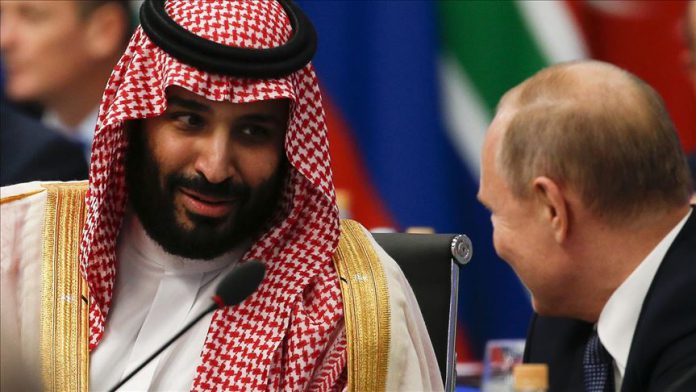 “The issues related to the OPEC+ talks on reducing oil production were discussed,” the Kremlin said in a statement.

The two leaders agreed to continue talks on the subject, it added.

On Thursday, oil producers in the OPEC+ group agreed to curb their total oil output by 10 million barrels per day (bpd) from May 1 until June 30 — much less than the market expectation of 15-20 million bpd.