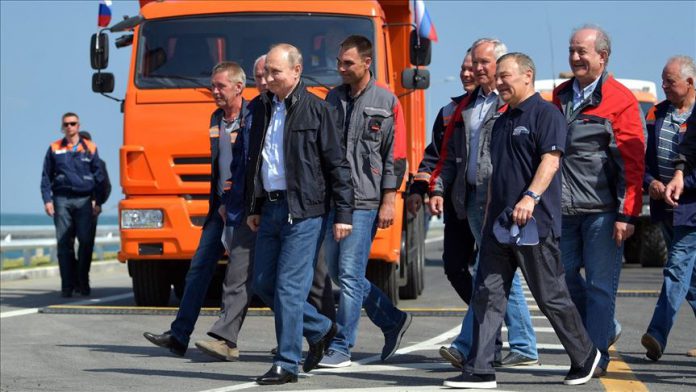 Putin’s trip across the bridge launched rail traffic on the bridge, with the first passenger train from Saint Petersburg to Sevastopol — Crimea’s largest city — set to cross this Wednesday.

Ukraine, the European Union, and the U.S. have all condemned the 19-kilometer (12-mile) bridge connecting Russia to a peninsula they say is under illegal occupation.

The bridge, the longest bridge in Europe and Russia, crosses the Kerch Strait into the Sea of Azov, and includes a motorway section