TurkishPress
Home News Putin now has 'capability' to attack Ukraine, no decision yet, US says 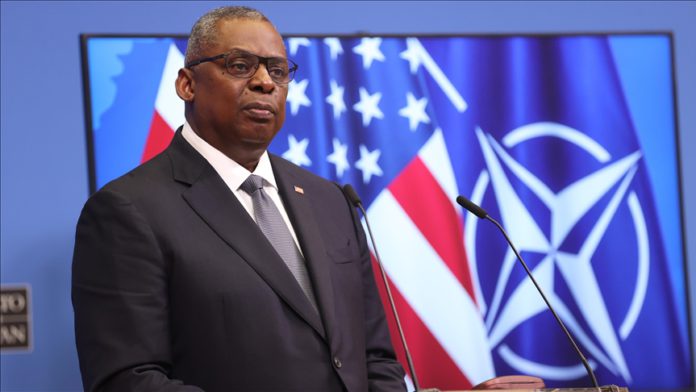 Russian President Vladimir Putin has now “clearly” developed the capacity to attack Ukraine, the US military said on Friday while maintaining he has yet to make a final decision on a potential invasion of the former Soviet republic.

Defense Secretary Lloyd Austin and Joint Chiefs Chairman Mark Milley told reporters that the scope of Russia’s military buildup is unprecedented in modern history, but separately maintained that conflict is not inevitable.

Still Putin’s amassment of over 100,000 troops near Ukraine “gives him a number of options,” said Austin, further maintaining “there’s no reason this situation has to devolve into conflict.”

“What he’s done as he’s continued to move troops and resources into the region is increase his options,” the defense chief said. “We won’t predict where his decisions will take him, but we remain concerned about the range of options he could pursue.”

Commenting on the sheer volume of Russian buildup, Milley said it is “larger in scale and scope in the massing of forces than anything we’ve seen in recent memory.” Any comparison would have to date back to the Cold War, he added.

“Given the type of forces that are arrayed, the ground maneuver forces, the artillery, the ballistic missiles, the air forces, all of it packaged together, if it was unleashed on Ukraine it would be significant, very significant,” the Joint Chiefs chairman said.

“It would result in a significant amount of casualties, and you can imagine what that would look like in dense urban areas, along roads, and so on and so forth. It would be horrific. It would be terrible. And it’s not necessary,” he added.