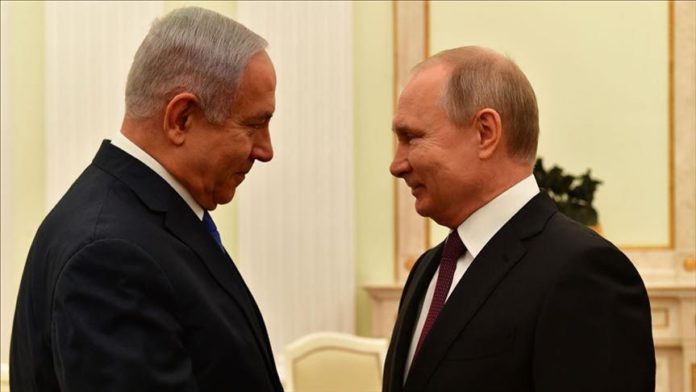 Putin stressed the “necessity of a just, comprehensive and sustainable solution” to the Palestinian issue, and expressed hope that the bilateral agreement will contribute to strengthening the regions’s security and stability, the Kremlin said in a statement.

Turning to Syria, which is embroiled in a civil war since 2011 when the Assad regime cracked down on pro-democracy protesters, the two leaders favored further coordination against terrorism in the region.

They also spoke of cooperation in development and production of a coronavirus vaccine.

Earlier this month, the UAE and Israel announced a US-brokered agreement to normalize their relations, including opening embassies.

Countries including Turkey and Iran have denounced the treaty, saying it does not serve the Palestinian cause. Palestinians slammed the treaty as a “stab in the back.”