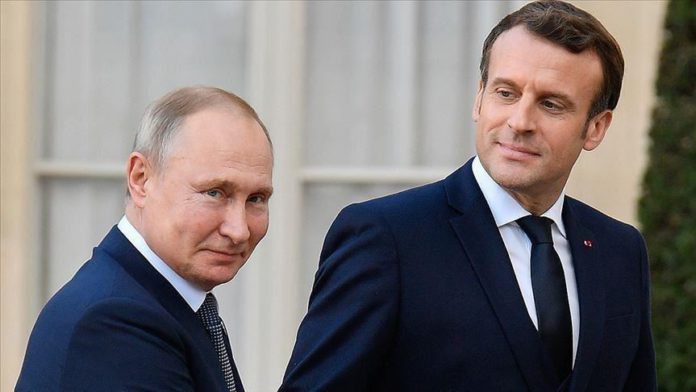 Russian President Vladimir Putin spoke by phone Wednesday with his French counterpart Emmanuel Macron on the situation in the occupied Upper Karabakh region.

Putin and Macron expressed concern over the growing tensions in the region, the Kremlin said in a written statement.

The statement added that the two leaders called on the opposing sides to implement an immediate and full cease-fire, de-escalate tensions and show maximum restraint.

They also underlined that the conflict should be resolved by diplomatic means, it said.

The EU, Russia and NATO, among others, have called for an immediate halt to the clashes along the frontier.