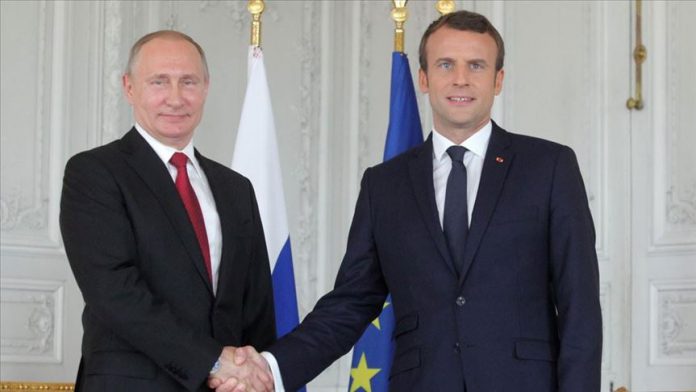 The presidents of Russia and France discussed the ongoing crisis in Libya plus Syria and Ukraine over the phone, Russia’s state-run TASS news agency said Tuesday.

Vladimir Putin and Emmanuel Macron stressed the importance of resolving the Libyan crisis through diplomacy, the agency reported.

“In this regard, Russia and France confirmed their support for mediating efforts by the UN and Germany on a peaceful settlement,” said the agency, citing the Kremlin.

On April 4, Khalifa Haftar — the leader of eastern Libyan forces — launched an offensive to capture the capital Tripoli from forces of the internationally recognized Government