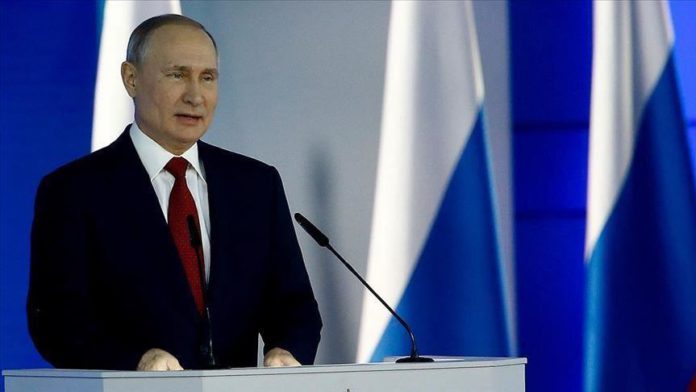 The US Embassy in Russia shows who is employed at the facility by hanging a LGBT banner on its building, Russian President Vladimir Putin said Friday.

He then laughed to show it was a joke and said he explained many times that the amendment to Constitution defending marriage as “a union of man and woman” does not suggest a limitation of rights on the basis of race, sexual orientation, nationality or religion.

“This is a scary thing but it’s not. We’ve made a lot of statements about it. Our position on this is clear. There has never been, and will not be a limitation of rights in Russia based on race, gender, nationality and religion,” he said.

As for a ban on homosexual scenes in movies, the president said minors have to grow up, become adults and then determine their fate.

“We don’t need to impose anything, that’s what we are against,” he said.

Article 72 part 1 of the Russian Constitution, effective July 4, demands the state protect the family, motherhood, fatherhood and childhood as well as the institution of marriage as a union of men and women.

It suggest the creation of conditions for the decent upbringing of children in the family and for adult children the duty to care for parents.