TurkishPress
Home Americas US & Canada Putin behind 2016 Democratic hack in US polls: Report 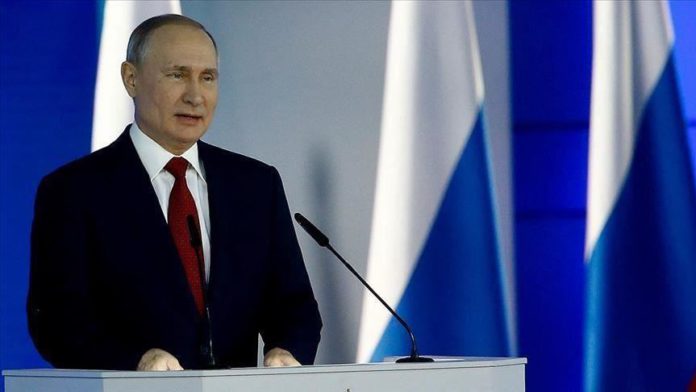 The US Senate Intelligence Committee released Tuesday its bipartisan report on Russian interference in the 2016 presidential election that found Russia was behind hacking Democratic accounts, but US President Donald Trump “was not complicit.”

“Russian President Vladimir Putin ordered the Russian effort to hack computer networks and accounts affiliated with the Democratic Party and leak information damaging to Hillary Clinton and her campaign for president,” the nearly 1,000-page report said about the then-Democratic nominee. “Moscow’s intent was to harm the Clinton Campaign, tarnish an expected Clinton presidential administration, help the Trump Campaign after Trump became the presumptive Republican nominee, and undermine the U.S. democratic process.”

The committee added that it “did not find evidence of collusion between President Trump and the Russians.”

“As is evident to those who read all five volumes of the Committee’s report, the Russian government inappropriately meddled in our 2016 general election in many ways but then-Candidate Trump was not complicit,” it said. “After more than three years of investigation by this Committee, we can now say with no doubt, there was no collusion.”

However, the report said Trump campaign chairman Paul Manafort “represented a grave counterintelligence threat,” with his “willingness to share information with individuals closely affiliated with the Russian intelligence services.”

” The Committee found that Manafort’s presence on the Campaign and proximity to Trump created opportunities for the Russian intelligence services to exert influence over, and acquire confidential information on, the Trump Campaign,” it said.

The report faulted Manafort in particular for working with Russian intelligence officer Konstantin Kilimnik to develop “narratives that sought to undermine evidence that Russia interfered in the 2016 U.S. election.”

Virginia Senator and Vice-Chairman of Senate Intel Committee, Mark Warner stressed the report stands as “the most comprehensive examination of ties between Russia and the 2016 Trump campaign.”

“This cannot happen again, especially as we head into the heat of the 2020 campaign season. I strongly urge campaigns, the Executive Branch, Congress, and the American people to heed the lessons of this report to protect our democracy,” the top Democrat on the panel tweeted.