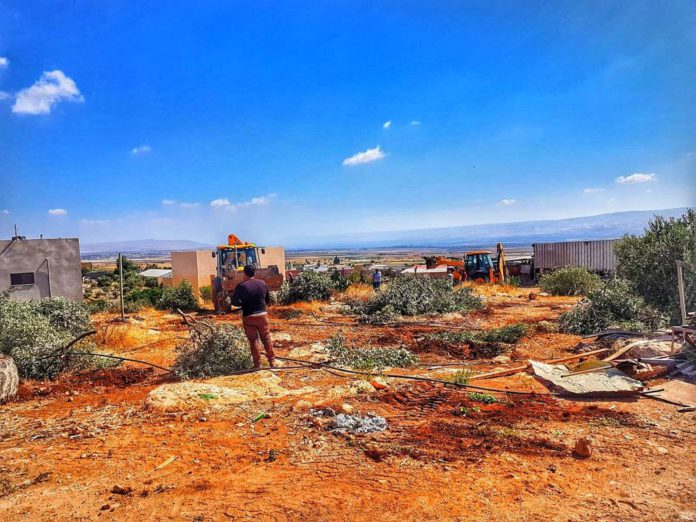 In Burin village, located on the outskirts of Nablus town in Palestinian West Bank territory, Basheer Zaban along with his family was harvesting olives from his orchards. Suddenly scores of masked Jewish settlers attacked them with stones. The village, seven kilometers (4.3 miles) from Nablus, is surrounded by Yitzhar settlement.

“We were not able to see them as they were hiding behind the trees. The stones were targeting our heads. They had almost killed us,” said Basheer, whose five family members were injured in the attack.

The settler’s attacks are focused on the Palestinian villages classified as Area C, the administrative division of West Bank, where Israel retains near exclusive control, including law enforcement, planning, and construction. Comprising almost 60% of the West Bank territory under the Oslo agreement, it was gradually supposed to be transferred to Palestinian jurisdiction.

Since Israel continues to build Jewish settlements in this area, the villages of Burin, Oreef, Madama, Jalood, Aserah al-Qibliah, Aqraba, and Burqa in the south of Nablus and Salfit and some villages on the northeast of Ramallah have become direct targets of settlers. They are forcing Palestinians to vacate their fertile lands for settlements.

According to the Palestinian Grassroots Anti-Apartheid Wall Camping — a coalition of Palestinian non-governmental organizations –, 2020 was the harshest year for the farmers. More than 8,400 olive trees were uprooted or burned. 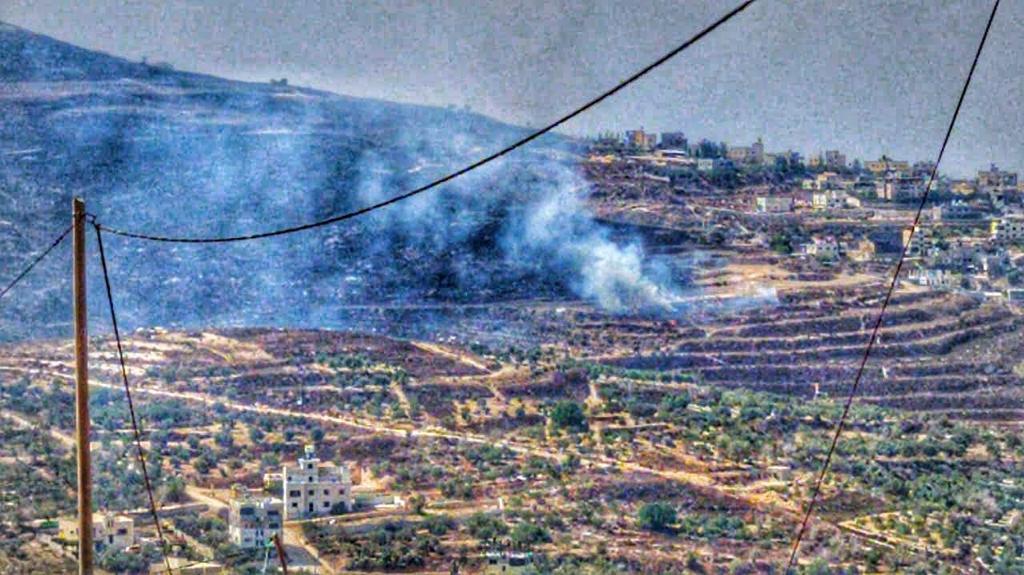 “The settlers’ attacks are coordinated against farmers and our volunteers. They launched murderous attacks to the extent that an elderly man fractured his skull,” said Jamal Jomah, the head of the coalition of NGOs.

In 1990, the Israeli authorities forced Shawqi Abu Mujahed to close his rock quarry in his village of Madama, for the construction of a road towards a settlement. Once his source of living the quarry was closed, Shawqi along with his brothers began working in olive fields.

“But the occupation helicopters burned our olive trees in addition to other fields in the north and south of the village. Many times, the settlers burned our trees.” Shawqi told Anadolu Agency.

The suffering of the farmers doubled as settlers cut the water supply to the Madama village and the orchids.

“When the extremist settlers attack us, the army supports them by shooting at and arresting Palestinian farmers, and even those who stand in solidarity with them,” he said.

Shawqi house has been attacked by the settlers of Yitzhar over the past many years continuously during the nights.

“They do this to take domination and force us to leave the area,” said the Palestinian farmer, who had a narrow escape many times after being attacked by settlers and Israeli soldiers.

Palestinian farmers no more dare to visit their orchids alone. They go to fields in groups, armed with shields to protect themselves from stones.

“The settlers also stealing ripened fruits. They also cut down trees and steal our tools to target our source of living,” Shawqi added. 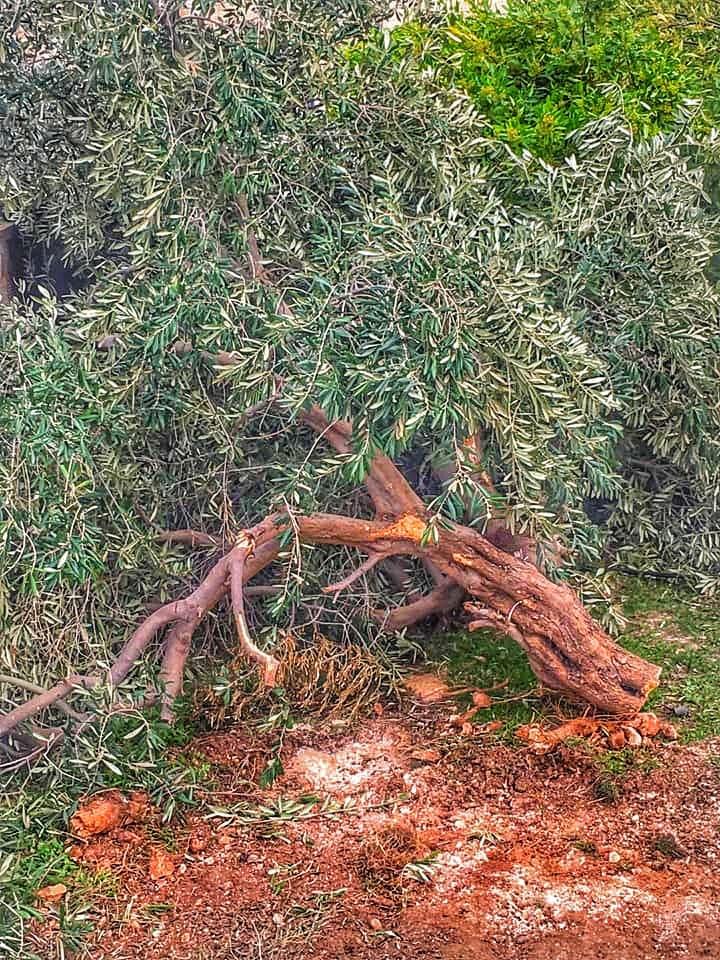 According to Nazeh Fkhaida, director of the Palestinian Agricultural Damage Documentation Department, the total number of trees uprooted, burned, or chemically poisoned by the settlers since 2010 have reached 101,988, accounting for losses of $47 million.

Ultra-radical Jewish religious leaders like Neseam Moufel and Shlomo Retsaken have on record issued decrees making it an obligation for settlers to uproot olive trees belonging to Palestinians. 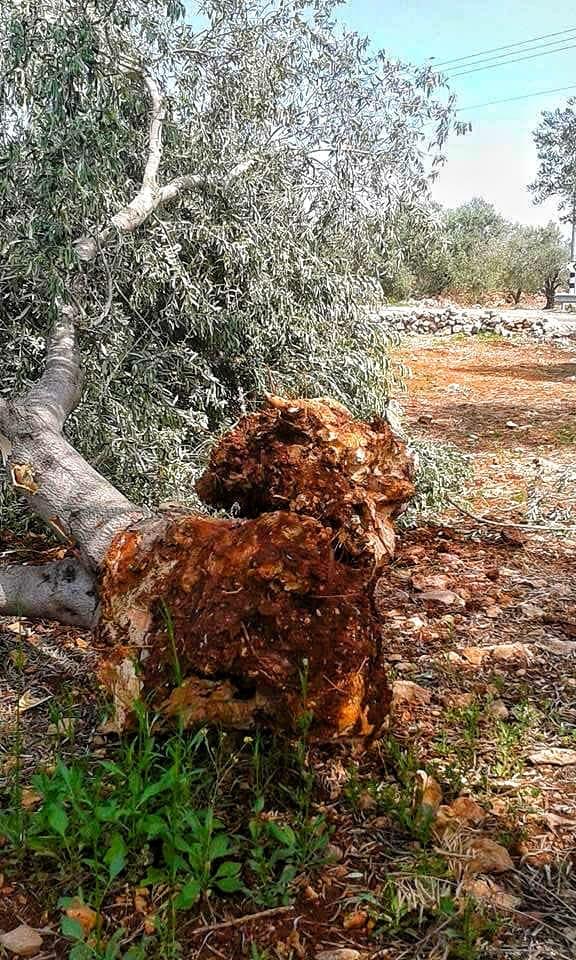 In 2006, the Palestinian Grassroots Anti-Apartheid Wall Camping launched a project to support the farmers, exposed to these violations.

Every year from Sept. 16, they launch a month-long drive to help and protect the farmers during harvesting. They also help them during planting season from November till the end of March bringing in volunteers from universities and other sectors. But this drive was affected this year due to the outbreak of the COVID-19 pandemic.

“We form many committees in the villages to protect the farmers, document violations, and reclaim degraded lands,” said Qasem Awwad, the head of the documentation department of the alliance of NGOs.

Another NGO, the Union of Agricultural Work Committees (UAWC) has helped 44 farmers to plant more than 5000 olive trees over the past two months in the outskirts of Nablus.

“Our legal unit documents all the violations monthly report, follow it legally with our partners and the international human rights organizations,” said Moyaad Bsharat, the head of projects at the UAWC.

“We estimate that more than 2 million trees have been uprooted since 1967. The violations have never stopped, “said Bsharat. And if all this was not enough, industrial settlement at Burkan is discharging its chemical residues directly into the olive fields near Salfit village, damaging the crop further.