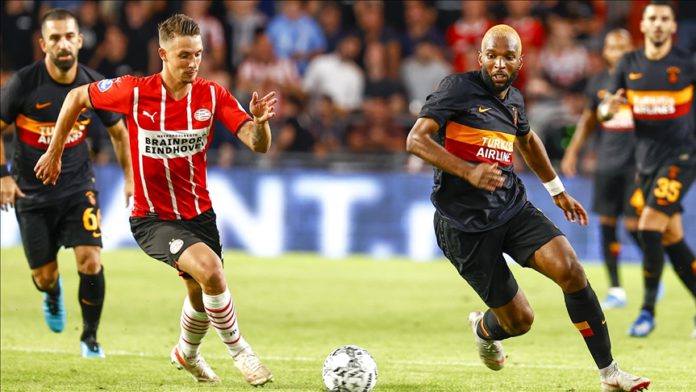 Dutch club PSV Eindhoven sealed an easy 5-1 win over Turkish side Galatasaray on Wednesday in the Champions League second qualifying round to have a huge advantage into the second leg.

Galatasaray’s goalkeeper Fernando Muslera made a big mistake after failing to control a backpass in the second minute. His error helped PSV secure an early lead with Eran Zahavi.

Zahavi scored his second goal in the 35th minute, assisted by Chukwunonso Madueke.

But the Lions made the score 2-1 before the first half ended after Omer Bayram sent a cross for Emre Kilinc, who powered in a header to find the net.

At the beginning of the second half, PSV doubled the lead again thanks to Mario Gotze’s classy finish.

In the rest of match, the home side scored two more goals with Zahavi bagging a hat-trick and Gotze completing the game with two goals, giving their team a 5-1 victory at the Philips Stadion in Eindhoven, Netherlands.