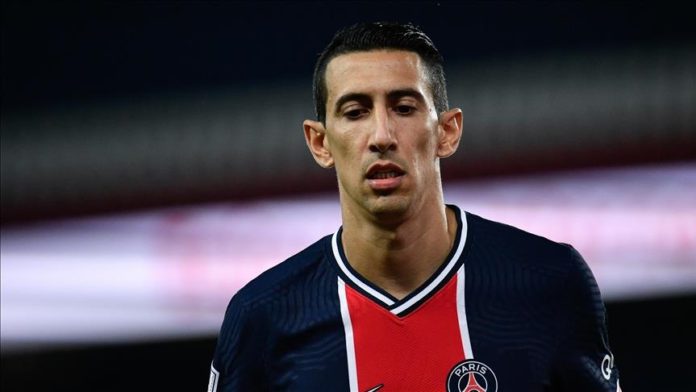 French sports daily L’Equipe said that the 33-year-old Argentine winger’s family was in the house when his home was being robbed.

Di Maria left the pitch in the second half in Paris as he was replaced by his compatriot Leandro Paredes.

During the Nantes match, PSG sporting director Leonardo went down from his seat in the Parc des Princes stands to talk with team manager Mauricio Pochettino about this incident.

So Di Maria was subbed out.

Pochettino accompanied him to the dressing room and informed Di Maria, who previously renewed his contract with PSG last week.

Meanwhile, another PSG player, Marquinhos, was another victim of home jacking as his family also faced a home invasion late Sunday.

Like Di Maria, Brazilian defender Marquinhos’s parents were at their home once the robbers broke into the domicile.

In 2015, Di Maria had the same experience in the UK when he was a Manchester United player.

Burglars raided his house in Prestbury near Manchester, victimized him and his family.

On Sunday, PSG had a shocking home loss to Nantes by 2-1 as the visitors came back from a 1-0 deficit.

PSG have racked up 60 points in 29 league matches to pursue leaders Lille, who have 63 points. Third-place Lyon have 60 points as well.