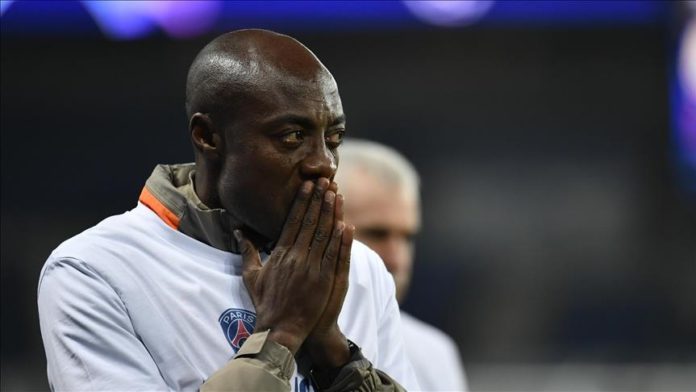 Basaksehir posted a video on Twitter showing PSG Chairman Nasser Al-Khelaifi handing Webo an autographed PSG jersey in a show of support after the 38-year-old became the target of an alleged racist remark Tuesday by Romanian fourth official Sebastian Coltescu during a PSG-Basaksehir match in the UEFA Champions League.

Following the incident, Basaksehir players refused to continue playing and headed to the locker room. The match in Paris was paused in the first half.

European football’s governing body UEFA postponed the match to Wednesday with a new team of referees.

The French club qualified for the last 16 in the Champions League.

Basaksehir have already been eliminated from the European campaign.