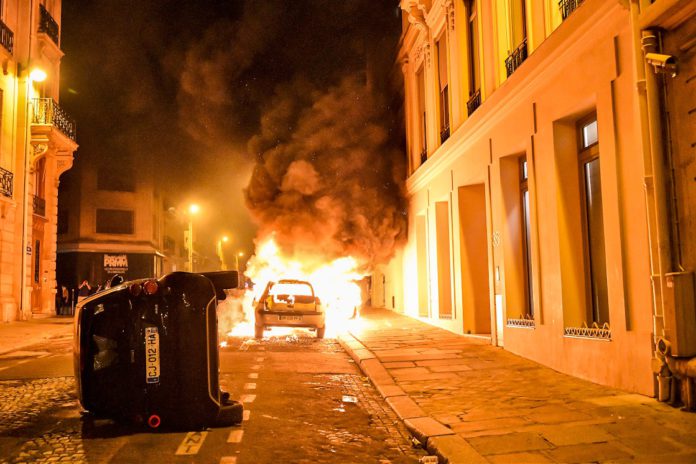 Paris police said on Twitter Monday that the overnight saw 148 arrests “in particular for damage, violence or throwing projectiles.”

The PSG fans gathered around the Parc des Princes Stadium to watch the 2020 final on giant screen that Paris lost 1-0 to German opponents Bayern Munich in Portugal.

However the late night conflicts occurred on the Champs-Elysees Avenue.

The Paris police added that as part of the coronavirus measures, 404 others were penalized for not wearing mask in public, which is still compulsory in France.

In addition, French Interior Minister Gerald Darmanin tweeted that 16 police officers were injured, 12 shops were attacked and 15 vehicles were damaged in the Paris clashes.