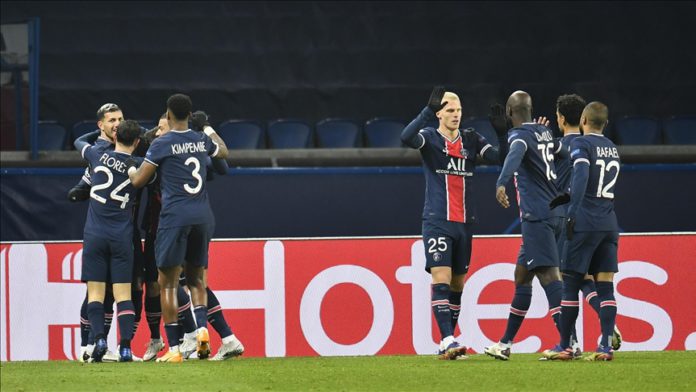 In the 21st minute, Brazilian superstar Neymar sent a curling shot outside the area to beat Basaksehir goalkeeper Mert Gunok.

PSG doubled the gap in the 38th minute as Neymar finished one on one against Gunok.

Near the end of the first half, PSG’s French star Kylian Mbappe converted the penalty kick successfully to give a 3-0 lead to his team.

The French club did not stop scoring as in the 50th minute Neymar scored outside the box.

The visitors Basaksehir narrowed the gap to three goals in the 57th minute with Turkish midfielder Mehmet Topal scoring.

Midfielder Irfan Can Kahveci shot a volley but the ball hit Topal to land inside the net of PSG, 1-4.

PSG made it 5-1 in the 62nd minute as Mbappe had an easy chance to score on a quick counter attack.

RB Leipzig from Germany has 12 points in six matches as well.

The best two teams, PSG and Leipzig advanced to the Round of 16 as the Champions League group stage ended on Wednesday.

English club Manchester United racked up 9 points to finish the group in the third spot. So the Red Devils marched to the second-tier UEFA Europa League Round of 32.

Basaksehir came last in Group H with 3 points. The Turkish club has been already eliminated from the European campaign.

Separately in a protest against racism, referees and players knelt down on the pitch before this match.