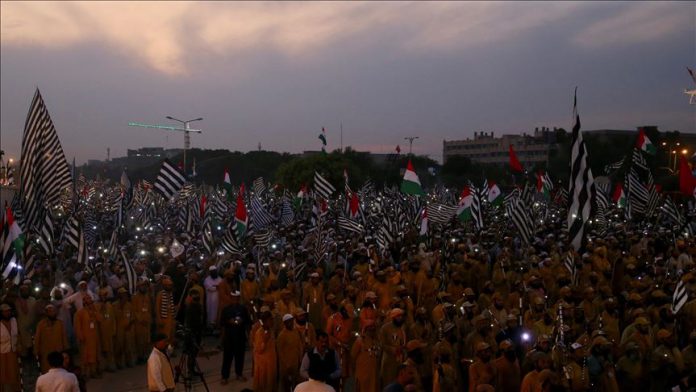 Thousands of anti-government protesters have converged in Pakistan’s capital to stage a sit-in seeking the resignation of Prime Minister Imran Khan over alleged election rigging and weak economy.

The sit-in led by former opposition leader Maulana Fazl-ur-Rehman, leader of one of the country’s main religious parties Jamiat Ulema Islami, is not something rare for the citizens of Islamabad who have braced several long marches and sit-ins in the last few decades.

The history of anti-government marches, some of which invited military intervention, is as old as Pakistan itself. Almost all the political and religious parties have used them

Read more: Protests that make or break governments in Pakistan