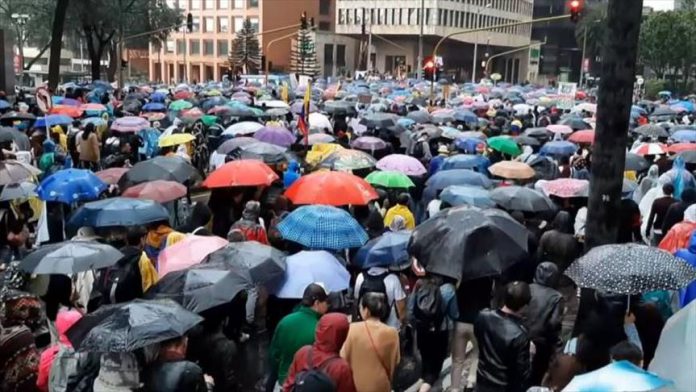 Rainfall in Colombia’s capital during a recent concert in support of protesters evoked images of Hong Kong’s umbrella revolution as a sea of umbrellas dotted the venue.

Like Hong Kongers, Colombians have been taking to the streets to protest government policies for some time.

Dozens of singers and music groups in Colombia have also organized concerts to support the protesters.

Five people have been killed and nearly a thousand have been injured in clashes between protesters and police in demonstrations that began Nov. 21.

All UK adults now inoculated with at least one COVID vaccine...