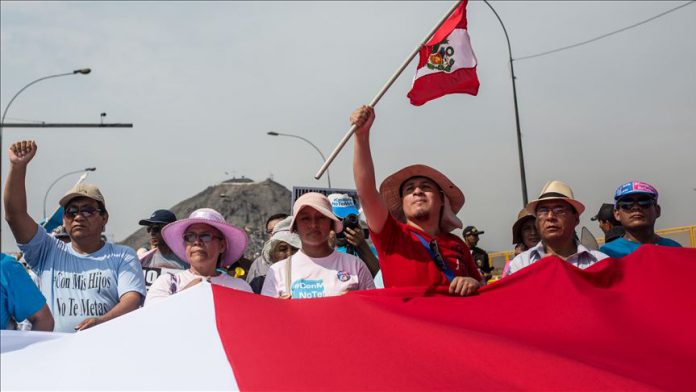 Peruvians took to streets on Monday demanding the resignation of President Pedro Pablo Kuczynski after the former president who was incarcerated over human rights violations and corruption crimes was released from jail on Sunday.

The crowd wanted to walk to the hospital where Fujimori was being treated, but the police intervened.

According to the daily, the protestors accused Kuczynski of signing an agreement with Fujimori to