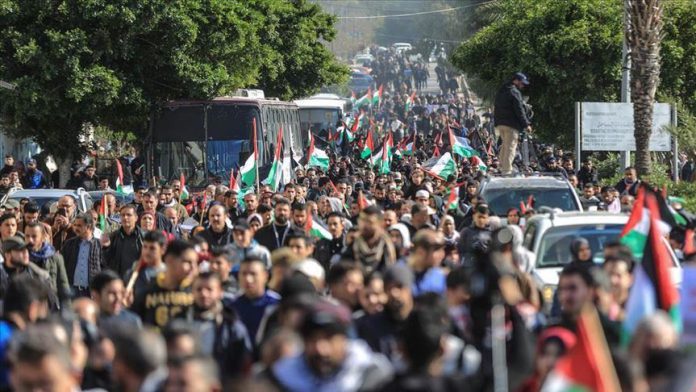 Tens of thousands of Palestinians and Jordanians rallied on Tuesday evening in protests against the announcement of the U.S. peace plan, known as “deal of the century”.

The protesters in Gaza, Ramallah and Amman hold Palestinian flags and chanted against the U.S. plan which is widely rejected by all Palestinians.

In Gaza, the protesters expressed their anger against the so-called deal by burning Israeli flags and U.S. President Donald Trump’s photos. They also burned tires in streets to express their objection for the alleged peace plan.

Read more: Protests erupt in Palestine, Jordan against US plan