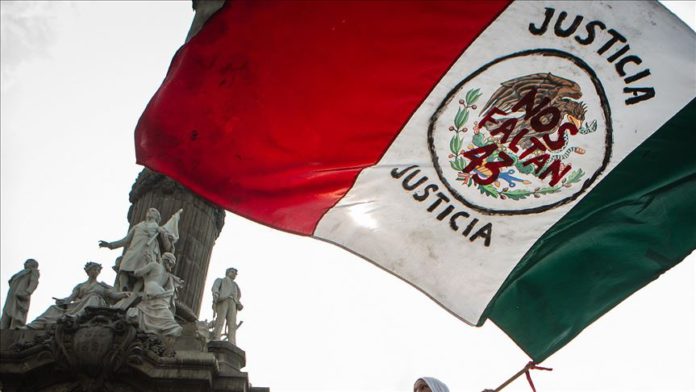 Protests against police brutality broke out Thursday in Guadalajara, the capital city of the state of Jalisco, after a man was found beaten to death after being detained for not wearing a face mask in public.

A viral video of police violently arresting Giovanni Lopez, a 30-year-old builder, triggered outrage on social media late Wednesday. In the video, bystanders can be heard pleading with the police officers to release him.

The governor of Jalisco launched a crackdown on coronavirus regulations, which included giving police the power to arrest people for not wearing face masks. Police said Lopez was “resisting” by not wearing a mask. He was last seen being forced into a police vehicle.

Following the arrest, Lopez’s family went to pick him up at the police station. The police told the family he was at a public hospital in Guadalajara. When the family arrived, Lopez had already been pronounced dead.

The hospital said he died from blunt force trauma to his head. He also had a bullet wound in his foot, according to local reports.

On Thursday evening, the social media outrage spilled over into action. Protesters, mostly young people, flooded the center of Guadalajara.

Outside the governor’s palace, protesters set fire to a police patrol car. They also wrote on the walls in the historic center, demanding justice for Lopez and the end of police brutality.

People worldwide have supported the movement against police violence in Mexico using the Twitter hashtag “#JusticiaParaGiovanni,” or “Justice for Giovanni.”

The protests in Mexico come as the US experiences waves of demonstrations against police brutality and institutional racism following the death of George Floyd, a 46-year-old unarmed black man who was killed after a police officer knelt on his neck for nearly nine minutes.

US envoy heading to Afghanistan, Qatar to push peace

‘I was wiretapped, it was coup attempt’: Serbian leader