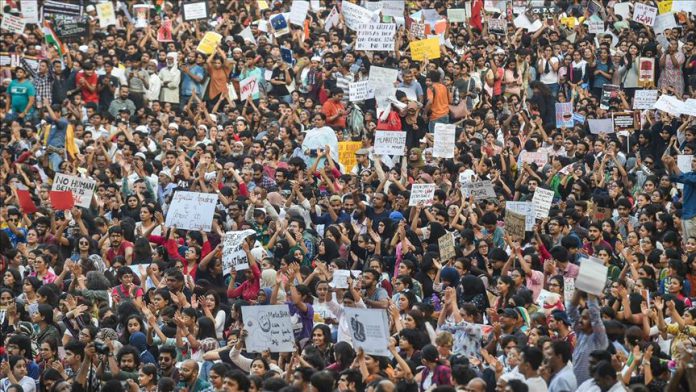 India on Thursday witnessed widespread protests against the new controversial citizenship law that is seen as discriminatory against Muslims.

The police used tear gas and batons to disperse protesters, after vehicles parked outside a police post were set on fire and stones thrown during a demonstration, said news