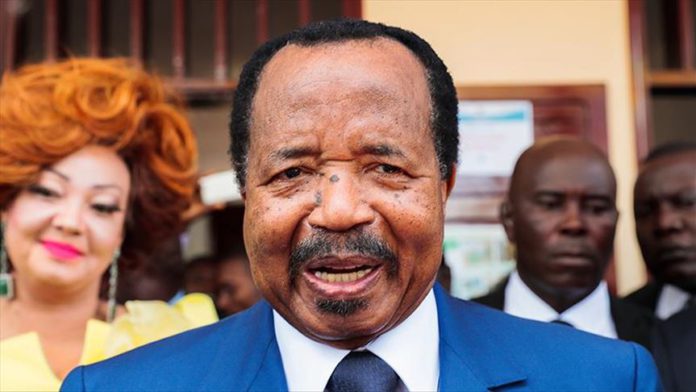 Cameroon’s main opposition leader on Wednesday said anti-government protests in the country “were a resounding success.”

Despite a ban on gatherings, people in major Cameroonian cities took to the streets on Tuesday demanding the resignation of President Paul Biya, who has been in power since 1982.

“The peaceful, patriotic and republican Marches of 22 September 2020 were a resounding success. Warm congratulations to the Cameroonian populations who have gone out in large numbers,” Maurice Kamto, leader of the Cameroon Renaissance Movement (MRC), said in a series of tweets.

Reiterating his call for Biya’s resignation, he said the public will continue protesting to “free themselves from the tyranny of a dictatorial regime.”

He said Cameroonians have conveyed their desire to see an end to the country’s “iniquitous electoral system,” as well as the civil war in Cameroon’s North West and South West regions.

The ongoing conflict in the country’s two anglophone regions has escalated since 2016 amid calls for independence or federalism.

Kamto was unable to attend the protests, with reports saying he was placed under house arrest in the capital Yaounde.

He lauded Cameroonians for showing “heroic courage in the face of an unprecedented deployment of the regime’s repressive machine … which created a terror-ridden atmosphere, caused innocent victims, many wounded, including by bullets.”

Local media reported that several people, including journalists, were arrested in the economic hub of Douala.

“Our deepest sympathy and wishes for the speedy recovery of the victims of the brutality of the forces of repression. To those illegally arrested or kidnapped, we express our solidarity and encouragement in this new ordeal on the road to the liberation of Cameroon,” he said.

The Committee to Protect Journalists (CPJ) said on Tuesday that at least four journalists were arrested while covering the opposition protests.

The global body urged authorities to “allow the press to report,” saying the protests are “newsworthy” and “citizens have a right to know.”

On Monday night, the government dismissed the protests as “just another attempt to distrust the public authorities and breach of public order.”

Rene Emmanuel Sadi, a government spokesperson, said people pay no heed to these “thoughtless and senseless calls for uprising.”