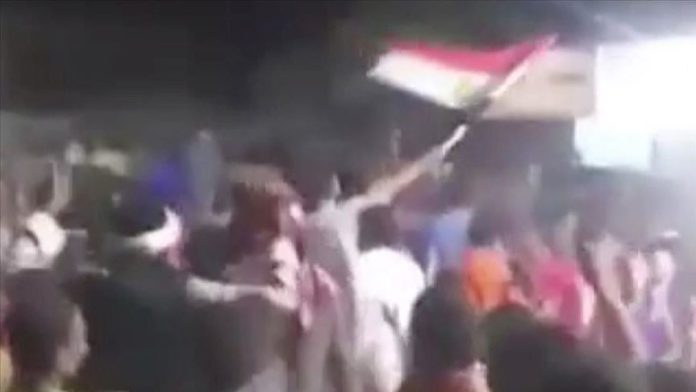 Called by self-exiled Egyptian businessman Mohamed Ali, protesters took to the streets as part of demonstrations that started on Sept. 20 against President Abdel-Fattah al-Sisi and his government in Giza and Qena provinces, according to social media and opposition news websites.

Police reportedly used tear gas on protesters during the clashes, according to the news and images broadcasted on television channels belonging to different opposition groups operating outside of Egypt.

In late September last year, Ali called for widespread demonstrations against the regime, resulting in thousands of protesters gathering in several large cities demanding the resignation of the Sisi government.

This year, Ali, on exile in Spain, again called for protests against the regime.

Upon the call, demonstrators showed up in different provinces to commemorate the previous year’s protests.

Al-Sisi came to power in Egypt in July 2013, after he deposed the country’s first democratically elected president, Mohammad Morsi via a military coup.