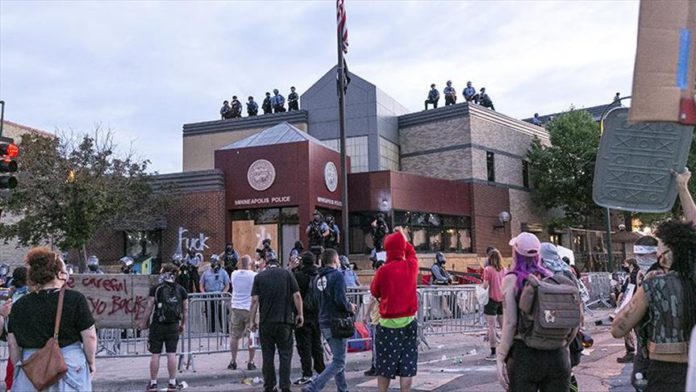 A group of demonstrators burned a US flag in Los Angeles, California while protesting the death of a black man who was filmed pinned down by a white police officer.

In a video on social media, a demonstrator is seen holding the flag as another man sets it on fire during a Black Lives Matter protest Wednesday.

George Floyd, 46, was arrested Monday in Minneapolis, Minnesota after reportedly attempting to use a counterfeit $20 bill at a local store.

But police claim he resisted arrest. One of the officers kneeled on his neck, despite Floyd’s repeated pleas: “I can’t breathe.”

On Wednesday, protests continued in Minneapolis for a second day, with large crowds gathering outside the 3rd Precinct police headquarters as demonstrators hurled bottles and rocks at police.

An AutoZone auto parts store across from the precinct was set on fire.

Looters raided a Target department store and carried out TVs and clothing. Looting was also reported at a tobacco store, a Dollar Tree and a liquor store.

US: Explosion in Nashville, Tennessee linked to vehicle