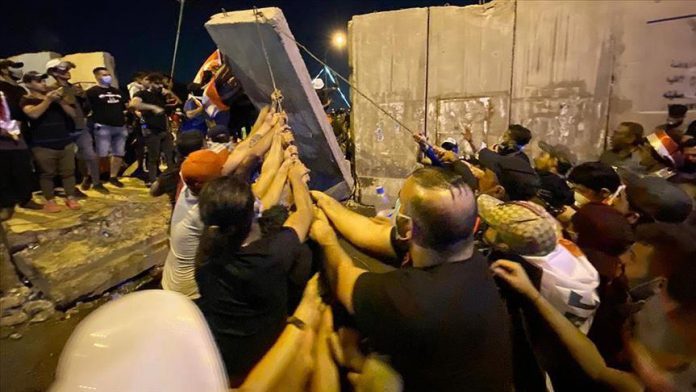 Iraqi demonstrators blocked major roads in Basra on Sunday, as protests continued in the southern city for economic reforms and overhaul of the political system.

The escalation is part of a civil disobedience campaign waged by protesters to pile pressure on the Iraqi government to fulfill their demands.

“The civil disobedience is a response to failure of the government and parliament to achieve our demands,” Jasim al-Edani, a protester, told Anadolu Agency.

He said protesters sealed off roads in western Basra, preventing employees from going to work.