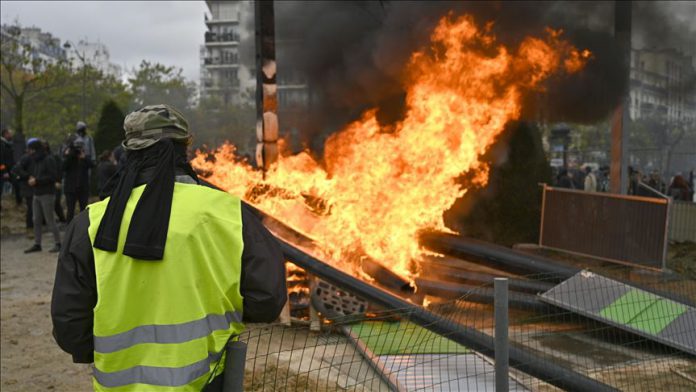 One year on, the Yellow Vest protesters took to streets in France on Saturday to protest the policies of President Emmanuel Macron.

Yellow Vest protesters organized many demonstrations in various parts of the country, particularly in the capital Paris.

A total of 105 protesters were arrested during Saturday’s protests, the Paris police said.