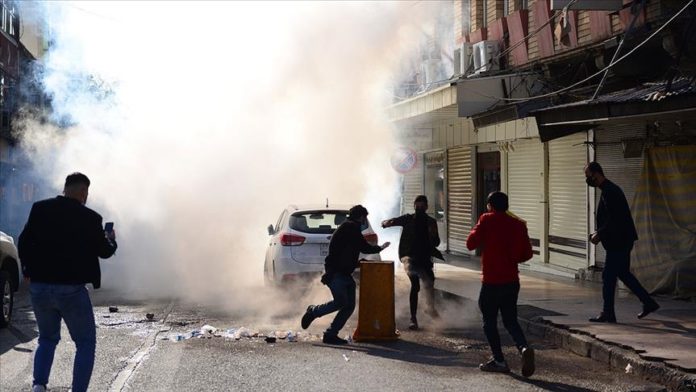 “Demonstrators set fire to the offices of the parties of the Patriotic Union of Kurdistan, the Kurdistan Democratic Party, the Kurdistan Islamic Union, and the Islamic Group,” the officer told Anadolu Agency on condition of anonymity as he was not authorized to talk to media.

Firefighters have been dispatched to the location to put out the flames.

The police officer pointed out that security forces were unable to control the angry mobs, asserting that there were no casualties during the riots.

The incident is the second of its kind during the past 24 hours.

Protests have rocked several cities and towns in Sulaymaniyah province since Wednesday over economic woes.

The Kurdish Regional Government (KRG) has been seeking to pay the salaries of civil servants, since Baghdad stopped paying them in April, as a result of disputes over the management of oil wealth and the distribution of its revenues as well as the revenues of the border crossings.

The number of the KRG civil servants is estimated at 1.2 million who receive salaries of $700 million per month.