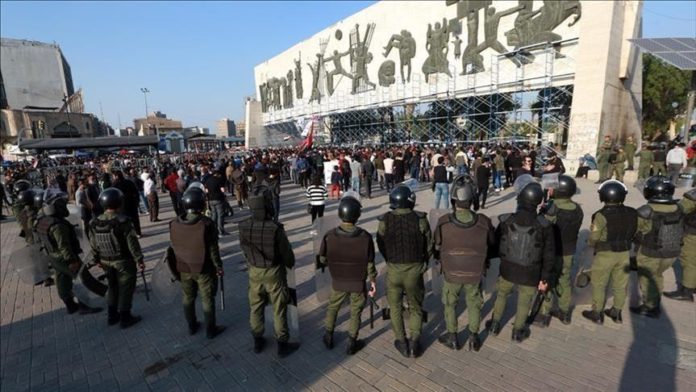 Protesters on Wednesday shut down the Dhi Qar oil refinery in southern Iraq amid protests over the lack of job opportunities for local residents, according to eyewitnesses.

Dozens of university graduates gathered in front of the Dhi Qar oil refinery in the center of the provincial capital Nasiriyah to demand employment.

An eyewitness told Anadolu Agency that demonstrators vowed not to back down from closing oil institutions in the province until their demands are met.

“This government is a liar,” was among slogans chanted by the demonstrators.

In addition to the oil refinery, which has a capacity of 30,000 barrels/day, the predominantly Shia province has the Nassiriya and Al Gharraf oil fields, which produce some 290,000 barrels of oil per day and about 60 million cubic feet of gas

Unemployment in the oil-rich country is estimated at 27%, and the poverty rate at 25%, according to the latest statistics of the Iraqi Planning Ministry.