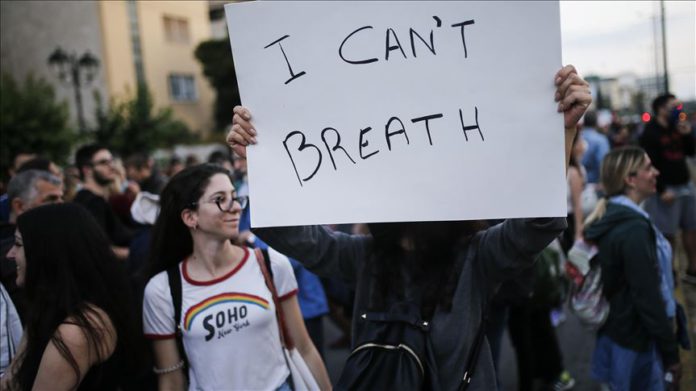 Police and protesters in Greece’s capital Athens clashed outside the US embassy during a march over the death of George Floyd, an African-American who was killed by police in the US’ state of Minnesota.

The demonstrators were holding banners bearing Floyd’s last words “I can’t breathe” and chanting slogans against the racist act.

According to police, the protesters threw firebombs and pelted stones at police personnel standing guard outside the embassy. The police responded with rounds of teargas.

Floyd, 46, was filmed gasping for air and pleading for breath as Derek Chauvin, a white police officer, kneeled on his neck for around nine minutes.