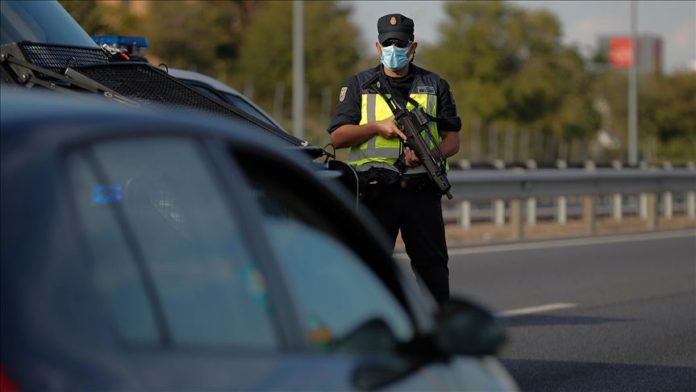 Several Spanish cities woke up on Saturday to the aftermath of violent overnight protests against new measures to curb the spread of COVID-19.

On Friday night, hundreds of protesters under the cries of “freedom” torched garbage containers and hurled stones and other objects at police in downtown Barcelona. Videos show that on several occasions, police were forced to retreat.

Catalan police said they arrested 14 people, two of whom were minors, and that 23 police officers were injured.

The rioters looted at least two Barcelona businesses and damaged several police vehicles, according to police.

In the city of Burgos, groups of mostly young people in masks gathered 20 minutes before curfew came into effect. They set ablaze garbage cans and threw whatever they got their hands on at the police, who tried to stop them.

At least one police officer was injured and two rioters were arrested, according to the newspaper Diario de Burgos which attributed the protests to far-left groups.

In the city of Santander, 150 people clashed with police officers, injuring at least two of them. Police arrested eight people, seven of whom were young men.

Earlier this week, similar protests were held in Seville, Bilbao and Oviedo, as Spain’s government enforced new restrictions like curfews and limits on movement.