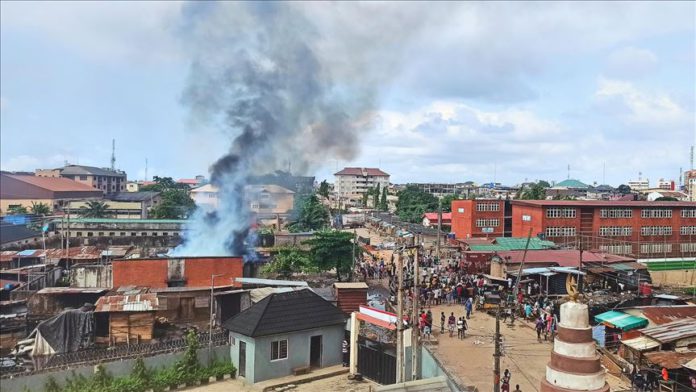 Protesters, led by former presidential candidate Omoyele Sowore, reportedly painted the EndSARS mural on the road leading to the country’s National Assembly Complex, in reference to their rejection to what they call police brutality, before police forces disrupted their protest, according to This Day news website.

The mass protests across the country, began earlier last month in the commercial capital Lagos, in protest against killings and mistreatment reportedly committed by police’s Special Anti-Robbery Squad (SARS).

He said hoodlums have hijacked the genuine and well-intended protests of some of the nation’s youth in parts of the country and destroyed public and private property.

Despite the disbanding of the SARS unit in response to angry demonstrations, protests have continued against what demonstrators describe as police brutality.

Demonstrations had been taking place for several weeks against the unit, with protesters besieging its headquarters.