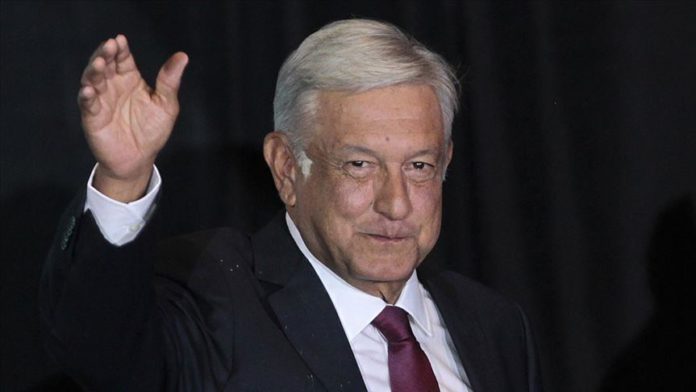 Protesters in at least 60 Mexican cities called Saturday for the resignation of President Andres Manuel Lopez Obrador (AMLO) because demonstrators said he is a “communist.”

A new conservative-leaning group, National Citizen Front (NCF), organized the anti-AMLO protests which saw thousands of demonstrators honking their car horns and holding signs from inside their cars during the socially distant protest.

“Mexico unites beyond egos, associations, collectives. Mexicans are not interested in group names; today they appear as Mexicans; only one cause: AMLO, get out now,” the group said on Twitter and posted a picture of the main street in Mexico City flooded with cars during the protest.

The NCF claims no political affiliation but its founder told Anadolu Agency it is united against Mexico’s leftist president. They label the current president and government a “communist dictatorship.”

Gilberto Lozano started the group with 66 others who “urgently” felt the president needed to be removed by November.

It began April 3 — the day Lopez Obrador made a public gaffe by saying the coronavirus pandemic is “like a ring to the finger” for Mexico, meaning “it fits perfectly” and it would help with innovation and transformation in Mexico.

The remark enraged many, especially Lozano and his supporters, who used the day as the group’s founding date.

On its website, NCF said it is inclusive and open to all socio-economic levels, races, sexual orientations and religious faiths. The only thing required is hope for change in the Mexican government, it said.

“We are a social movement of Mexicans to rescue Mexico from the hands of communism,” according to the website.

NCF has expanded by urging supporters to create WhatsApp groups of 10 people in their communities to organize and discuss ideas.

The social movement’s energy and backing were on full display from Oaxaca to Merida to Queretaro with cars of protesters descending on city centers painted with the phrase: “AMLO, get out now.”

“As long as the pandemic lasts, we’ll make it mobile,” Lozano told Anadolu Agency. “After, we will take over all the plazas in Mexico.”

‘No interest’ in US aircraft: China after F-35 crashes in South...