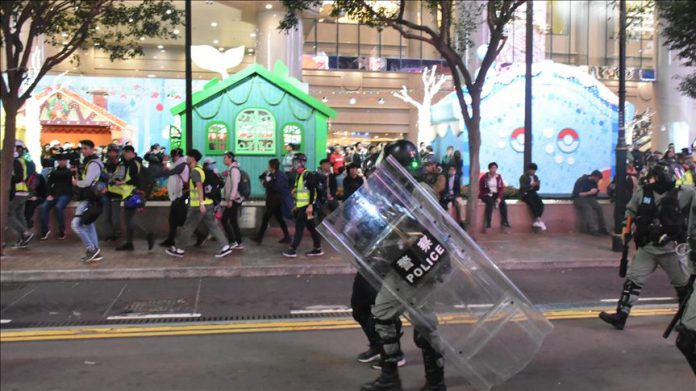 Protesters in Hong Kong gathered on Sunday to demand universal suffrage in the next year’s legislative elections.

According to the South China Morning Post, approximately 1,000 people joined the demonstration that took place at the Edinburgh Place in the Central region of the city.

Ventus Lau Wing-hong, spokesman of the protest organizer Hong Kong Civil Assembly Team, called on international community to impose sanctions on Hong Kong officials if there was no universal suffrage in the Legislative Council elections in September.

“If Hong Kong has a Legislative Council that represents the voices of the people, that defends the interests

US deploys F-35s to Philippine Sea for training mission