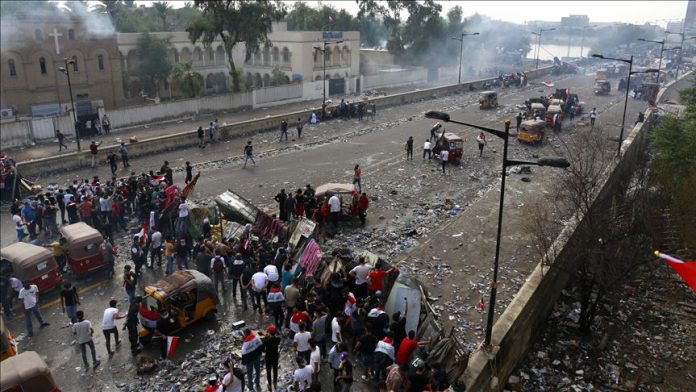 Hundreds of demonstrators blocked the gates of Umm Qasr port in the Iraq’s southern province of Basra, a security source said on Tuesday.

The port “Umm Qasr” is one of the most prominent ports for goods movement and the largest in Iraq.

Trucks movement has stopped as hundreds of demonstrators used objects like tires, stones and metals to block the gates of the port, a local police officer told Anadolu Agency on condition of anonymity as he is not authorized to speak to media outlets.