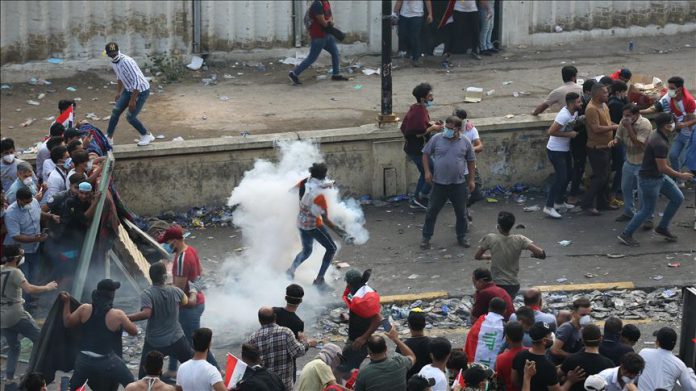 Iraqi protesters attacked houses of government officials and lawmakers in the southern province of Dhi Qar, according to a local police officer.

Demonstrators set ablaze the houses of two Shia lawmakers in the province, the officer said on condition of anonymity because he was not authorized to speak to the media.

Angry protesters also attempted to storm the house of Cabinet Secretary-General Hamid al-Ghazi in the town of Shatrah, the officer said.

“Eight people were injured when security forces opened fire to force the protesters away,” he said.

2 US troops killed in attack on Iraqi base: report