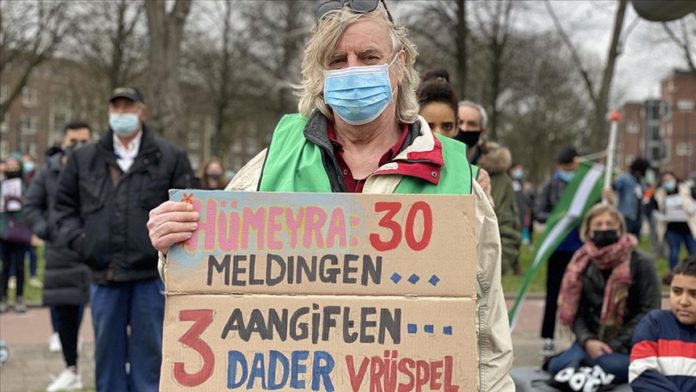 Protests were held Sunday in the Netherlands against racist remarks by police officers over a teenaged girl’s murder.

Hundreds of demonstrators gathered in front of the police department at the Marconi Square in Rotterdam, calling for “the expulsion of racist police officers.” 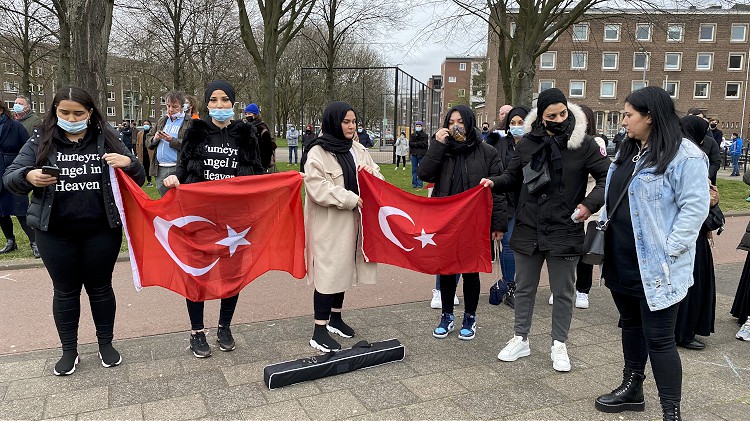 Police officers in the Netherlands sent racist messages in an internal chat group in response to the murder of a 16-year-old Turkish-origin girl, local media had said on Thursday.

In an investigation launched into the racist messages, it was revealed that one of the police officers wrote: “One more Turk less.”

The girl, identified by her first name, Humeyra, was shot dead by a stalker at her school in Rotterdam in 2018, according to the NL Times. She had filed a complaint to the police against her stalker before the incident.