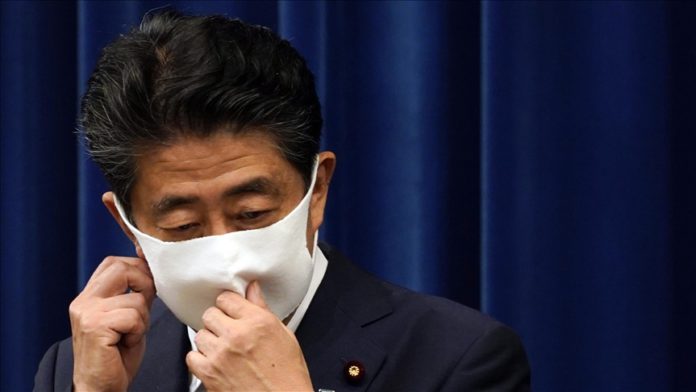 Public prosecutors are seeking to question Japan’s former Prime Minister Shinzo Abe for allegedly spending thousands of dollars on dinner functions hosted for his supporters during his eight-year term.

“The prosecutors have also decided to build a case against Abe’s state-paid secretary for allegedly not recording incomes and expenditures related to the dinner functions. Total revenues and costs not declared in political fund reports possibly exceed 40 million yen [$383,000],” anonymous sources told Kyodo News on Thursday.

Abe’s office is suspected of covering a shortfall of about $77,000 — a “possible violation of the political funds control law.”

Talking to reporters at the parliament on Thursday, Abe said he “has not heard about” the prosecutors’ request.

He has repeatedly denied any wrongdoing since the alleged scam was revealed in November 2019.

The probe came after a criminal complaint was filed by lawyers and scholars last May against Abe. The complainants claimed Abe and his officers allegedly broke law “by failing to report the payment of the difference between the total costs of each party and the contributions paid by attendees.”

Many of Abe’s former secretaries and multiple other supporters have been questioned by public prosecutors.

The alleged payment by Abe is said to have been made between 2013 and 2019 at Tokyo hotels.

“[My] office is fully cooperating with the investigation. I can’t say anything more than that at this stage,” Abe earlier told media.

The dinner functions were held annually over five years from 2015 at two hotels in Tokyo where the total bills exceeded the amount collected from ticket sales.

The attendees of these parties were charged around $48 each. However, the five-star hotel events in the Japanese capital normally cost approximately $105 or more per head.

At least 800 supporters of Abe attended the 2019 edition of cherry blossom viewing party.

Abe was criticized for “inviting hundreds of his backers to the taxpayer-funded events.”

Receipts from the hotels indicate that Abe’s office covered the shortfall.

If proved that Abe had violated the election law by “contributing to covering the cost of the gathering,” it is tantamount “to buying votes.” However, Abe has denied in parliament that his office covered the shortfall.