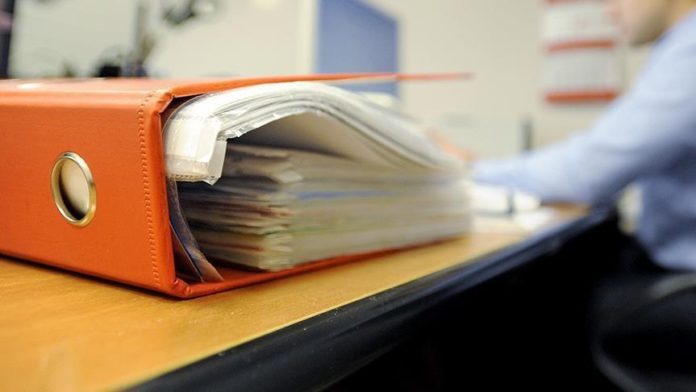 An indictment submitted to a court in southeastern Turkey on Wednesday against 30 defendants on trial in a case involving the PKK/KCK terror group linked the organization to an opposition party in the country.

Among the 30 defendants, 18 of whom are in police custody, were senior members of the Peoples’ Democratic Party (HDP), which Turkey’s government accuses of having links to the PKK terrorist organization, as well as those of Democratic Regions Party (DBP), a sister party of the HDP, and two district city council members of the Republican People’s Party (CHP), Turkey’s main opposition party.

The indictment accused the terrorist organization of using the HDP as a front and included details on the group’s structure in the province of Gaziantep.

“Persons acting on behalf of the KCK, which is the PKK’s recruiting branch in the cities, are placed in political parties by the terrorist PKK to gain a political identity and imbue the operations to be carried out with an image of a political operation,” the indictment said.

“The HDP operates under the name of a political party. However, there is no other indication that it is a political party other than its name. Many KCK/PKK activities are carried out from within this so-called party,” it continued.

It added that during the investigation, it was clearly observed that the HDP was a project designed to carry out KCK/PKK activities under the guise of a political party.

In November 2016, former co-leader of HDP Selahattin Demirtas, along with 12 HDP lawmakers were arrested on terror-related charges.