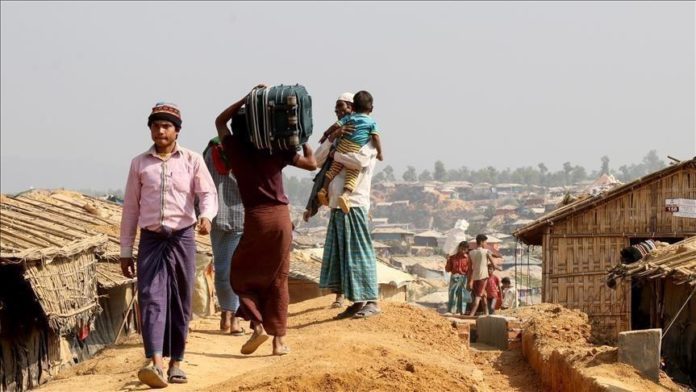 Bangladesh has warned the UN that the prolonged presence of Rohingya refugees in the country is creating security problems that could impact the entire region.

In an online meeting, Foreign Secretary Masud Bin Momen urged Noeleen Heyzer, the UN chief’s special envoy for Myanmar, “to play an effective role for a durable solution to the Rohingya crisis,” the Bangladeshi Foreign Ministry said in a statement on Wednesday.

“The prolonged presence of the Rohingyas in Bangladesh is creating security problems, such as human and drug trafficking, with ramifications across the region,” Momen was quoted as saying.

Since August 2017, nearly 1.2 million Rohingya have taken refuge in Bangladesh after fleeing a brutal crackdown by the Myanmar military in Rakhine State.

They have been living in crammed makeshift tents in refugee camps in Bangladesh’s southern district of Cox’s Bazar.

Momen stressed that Dhaka’s priority is the repatriation of all Rohingya to Myanmar, expressing “disappointment that in the fifth year of the crisis, Bangladesh is still grappling with multiple challenges of hosting more than a million forcibly displaced Myanmar nationals.”

He emphasized the need for the UN special envoy to “work toward creating conducive conditions in Myanmar for the return of the Rohingyas in safety and security.”

Heyzer lauded Bangladesh for its “exceptional humanitarian gesture” and vowed that the “Rohingya issue would remain high on her agenda,” the statement added.