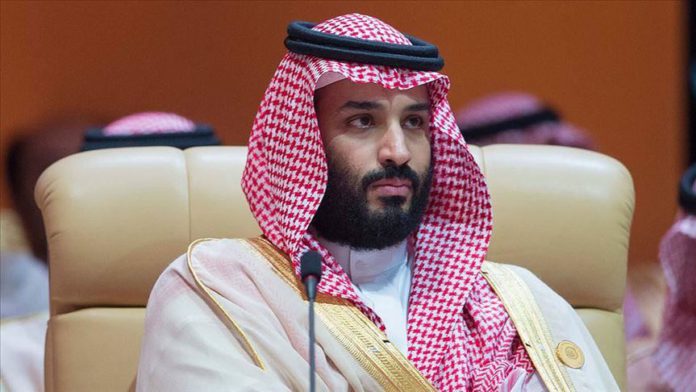 He obtained a BA in the Arabic language and literature from Imam Muhammad bin Saud Islamic University, a bachelor of science in security sciences in 1979 from King Fahd Security College, and a Master of Science in computer science from King Fahd University of Petroleum and Minerals.

He also obtained a PhD in computer engineering and artificial intelligence in 1998 from the University of Edinburgh in the United Kingdom.

He is a former Saudi minister and intelligence officer who currently lives in exile in Canada and Riyadh is seeking to arrest him over charge of wasting public money.

When King Salman bin Abdulaziz assumed the throne on Jan. 23, 2015, al-Jabri was appointed as a minister of state and a member of the Council of Ministers, then relieved of both positions by a royal decree on Sep. 11, 2015.

He was dismissed after meeting with the then CIA director, John O. Brennan, in Washington, without the knowledge of Mohammed bin Salman (the current crown prince). Al-Jabri and his former superior, former Interior Minister, Prince Muhammad bin Nayef, were surprised by the Saudi television announcing the news of his dismissal from his job, according to the Washington Post.

Al-Jabri holds the rank of major general, and worked for four decades in the Interior Ministry. During the last 20 years he was a security adviser to Prince Muhammad bin Nayef, the former Crown Prince.

He held the position of an excellent security adviser in the Interior Ministry in 2010 and director of the Department of Officers and Personnel Affairs in the ministry. He was a member of the Council of Political and Security Affairs plus working at the King Fahd Security College.

For nearly 20 years, al-Jabri worked with bin Nayef to reform the intelligence service and he was one of its most important officers.

He also contributed greatly to the kingdom’s efforts to combat al-Qaeda terrorist group through Riyadh’s security coordination with Washington.

Al-Jabri supervised a special fund established by the late King Abdullah bin Abdulaziz, to combat terrorism, after the attacks of September 11, 2001 in the US.

Al-Jabri continued to work as a personal adviser to bin Nayef until the latter was removed from his royal position, prompting al-Jabri to leave Saudi Arabia to Canada, fearing persecution by the Saudi authorities.

The official Saudi narrative says that al-Jabri and his aides wasted about $11bn of state funds, of which $1bn was spent for personal purposes during his work with bin Nayef, as al-Jabri was the second most influential figure in the Interior Ministry and he managed a special fund for the ministry that oversees spending of the government on counterterrorism activities, according to the American Wall Street Journal.

According to Saudi investigators, al-Jabri, his brother, nephew and two of his aides have collected more than a billion dollars in direct payments and there are still investigations about billions of dollars in other financial flows and subcontracts.

Al-Jabri opposed Saudi Arabia’s involvement in the Yemen war that has been underway since 2015. He attributed his reason of being a costly war without guaranteed results- a position that has been proven right, according to the BBC.

Al-Jabri was very close to bin Nayef. He relied on him since he was an adviser before bin Nayef requested his promotion to the ministry and started to depend on him after his appointment as a minister, until he had access to 80 % of the sensitive internal work.

Al-Jabri is described as the “black box” of bin Nayef and he has the secrets of the ruling family.

Al-Jabri possesses documents that contain information about the assets and properties of bin Nayef, which the incumbent Crown Prince, Mohammed bin Salman seeks to obtain.

The US State Department praised al-Jabri last week, saying that he was an important partner to the US in the fight against terrorism and that his work with the US helped save the lives of Americans and Saudis.

In July, four members of the US Senate from both the Republican and Democratic parties sent a letter to President Donald Trump, calling on him to do everything in his power to free adult children of al-Jabri Sarah and Omar, who were arrested by the Saudi authorities in March, according to Bloomberg News.

Al-Jabri also has documents containing sensitive information against the Crown Prince, according to Reuters.

After fleeing Saudi Arabia, al-Jabri moved between four countries, namely Turkey, Germany, the US and finally Canada, where the Saudi authorities asked the Canadian government to hand him over, but they refused, according to The Wall Street Journal.

Saudi Arabia asked Canada twice, in 2018 and 2019, to extradite al-Jabri. But it refused both requests, according to Al Jazeera Network.

The Interpol removed Al-Jabri’s name from the prosecution lists, saying that his case was political, according to The New York Times.

Two weeks after the killing of the Saudi journalist, Jamal Khashoggi, inside the Saudi Consulate in Istanbul on Oct. 2, 2018, the Crown Prince sent another team of 50 people to Toronto to assassinate al-Jabri, according to the Middle East Eye.

Riyadh tried to take him out of Canada, by applying pressure through Interpol and the arrest of two of his sons last March.

Resort to the American judiciary

On Aug. 10, a US court issued an order to summon the Saudi crown prince, Mohammed bin Salman, and 12 other people accused of masterminding the attempted assassination of al-Jabri, including the former Saudi royal court adviser, Saud Al-Qahtani, the former deputy chief of military intelligence, Ahmed al-Asiri, and the head of bin Salman’s private office, Badr Al-Asaker.

There is a text of a letter from the Saudi crown prince, in which he asks al-Jabri to return to Saudi Arabia within 24 hours, or he will be killed, according to the lawsuit.

Fearing for his life, the Canadian security authorities tightened security for al-Jabri, according to the Canadian Globe and Mail newspaper.

Russia searches for remains of 2 Israelis in Syria