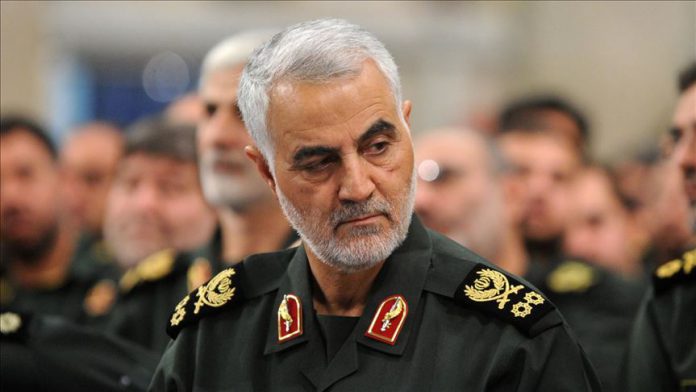 Qasem Soleimani, the head of Iran’s elite Quds force, was killed in a U.S. airstrike in Baghdad, Pentagon announced Friday.

The attack came amid heightened tensions with the U.S. after thousands of Iran-backed protesters stormed the U.S. Embassy compound in Baghdad demonstrating against U.S. airstrikes in Iraq and Syria that killed 25 fighters of Kataib Hezbollah, part of the PMU which is a Shia umbrella group that was accused of carrying out extrajudicial killings in Iraq before taking part in anti-Daesh/ISIS operations in the country in 2017.

Soleimani was the long-time commander of the Quds Forces, which has been a designated terror group in the U.S. since 2007. The group is estimated to have 20,000 members.

Who is Qasem Soleimani?

Soleimani was born in 1955 in Iran’s southeastern province of Kerman. He was raised within a poor farmer’s family and worked as a construction worker. Soleimani continued his education until high school then worked in Kerman city municipality until the Iranian Islamic revolution broke out in 1979.

After the success of the Iranian revolution against the Shah, he joined the Islamic Revolutionary Guards Corps in early 1980 which was founded by the order of the Iranian spiritual leader Ayatollah Khomeini in November 1979.

He then joined the Iranian forces in its war with Iraq between 1980 and 1988, where he was an officer for an Iranian military service company.

After that, Soleimani led an Iranian elite force known as Thar Allah 41 corps in Kerman city during the eight-year-long war.

Following the war, he was promoted to be among the best ten military commanders of Iranian contingents spread across the borders with Iraq.

Soleimani was appointed commander of the Quds Force in 1998, and promoted as general. He was tasked to protect the Iranian revolution against any coup attempt in addition to carrying out military and secret operations outside the Iranian borders.

Soleimani was declared a “terrorist and supporter of terrorism” by the U.S.

He was among the Iranian individuals who were sanctioned by the UN Security Council resolution 1747.

On May 18, 2011, the U.S. imposed more sanctions on him as he was accused of providing support and arms to the Syrian regime.

Also, on June 24, 2011, an official statement by the European Union said that European sanctions were imposed on three Iranian commanders of the Revolutionary Guards including Soleimani for supporting the Assad regime in his suppression to the Syrian uprising.