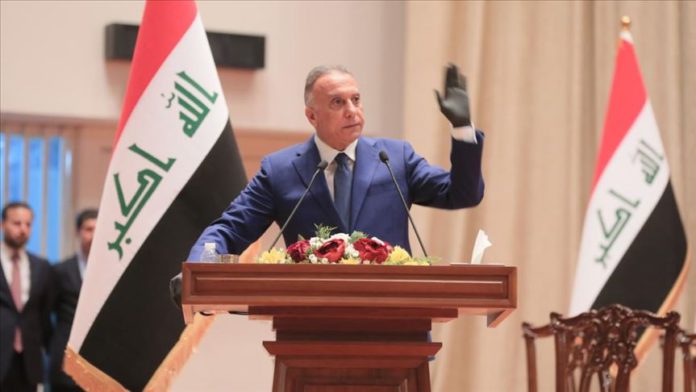 Iraq’s parliament gave vote of confidence to the new Prime Minister Mustafa al-Kadhimi and his partial Cabinet in the wee hours of Thursday, to succeed the resigned government headed by Adel Abdul-Mahdi.

Mustafa Abdul-Latif, known as Al-Kadhimi, was born in Baghdad in 1967.

Al-Kadhimi belongs to al-Gharib tribe, and moved with his family from Al-Shatrah town in Dhi Qar province to live in the capital Baghdad in 1963.

His father Abdul-Latif al-Gharibawi had political and partisan affiliations as he was representative for the National Democratic Party in Al-Shatrah.

Al-Kadhimi holds a bachelor’s degree in law, and is married to the daughter of Mahdi Al-Allaq, a leading member in the Islamic Dawa party led by former Prime Minister Nouri al-Maliki.

He was known for opposing the regime of former President Saddam Hussein, but he did not join any of the political parties.

He left Iraq in 1985 for Iran, then Germany and the UK before he returned to Baghdad after the fall of Saddam Hussein’s regime in 2003.

After his return, Al-Kadhimi worked as the editor-in-chief of a weekly magazine — whose concessionaire is the current President Barham Salih — and he chose for himself the title of al-Kadhimi.

He has worked as an executive director for the Iraqi Memory Foundation and contributed to documenting testimonies and collecting films on victims of the former regime.

Al- Kadhimi ran from Baghdad and London the Humanitarian Dialogue Foundation, an independent organization that seeks to bridge gaps between societies and cultures and establish dialogue as an alternative to violence in resolving crises.

He also worked as a columnist and managing editor of the Iraq section of the international Al-Monitor news website and his articles focused on devoting the spirit of social peace to the country.

During his career, he published many books, most notably The Iraq Question and The Reconciliation between the Past and the Future.

Former Prime Minister Haidar Al-Abadi appointed him as the head of the National Intelligence Service in June 2016, after he worked as a political mediator between various Iraqi parties in many crises.

Al-Kadhimi does not possess any citizenship other than Iraqi, although he possessed a political asylum passport granted to him by the UK during his opposition to Saddam Hussein’s regime.

Popular protests demand the departure and accountability of all political figures accused of corruption and wasting state funds since the fall of Saddam Hussein’s regime in 2003.