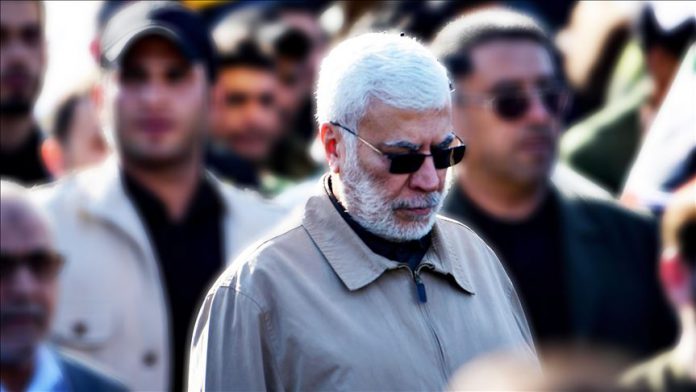 Two vehicles near the airport were targeted killing Muhandis, a top leader of the PMF Shia umbrella group which was accused of carrying out extrajudicial killings in Iraq before taking part in anti-Daesh/ISIS operations in the country in 2017.

Jamal Jafaar Mohammed Ali Ebrahimi, known by the alias Abu Mahdi al-Muhandis in Iran, was born in 1954 in Basra. He was an Iraqi-Iranian military commander and politician married to an Iranian woman.

He obtained his bachelor’s degree in Civil Engineering in 1977.

He also had a bachelor’s degree in political science and pursued a PhD in the same specialization.

Muhandis joined the Shia Dawa Party during his high school. Then he had to leave Iraq in 1980.

In 1985, he became a member of the Iran-based Iraqi Islamic Supreme Council and a soldier in the elite Badr Corps, where he went on to serve as the commander until the late 90s.

After establishing the PMF, Muhandis was chosen to be the deputy commander of the forces, that was accused of carrying out extrajudicial killings in Iraq before taking part in anti-Daesh/ISIS operations in the war launched against the terrorist group.

In mid-2014, Daesh/ISIS overran roughly one-third of Iraq, including Mosul.

Muhandis, the founder of Kata’ib Hezbollah militia which is part of the PMF, had a long history of establishing and training radical Iranian militias which made him work as a consultant to Qasim Soleimani, the commander of Quds forces of the Islamic Revolutionary Guard Corps, who was also killed in the Friday’s airstrike.

He was among the most active Iraqi figures who started working with Tehran in 2003.

Muhandis was involved in ordering members of the Hezbollah Brigade to launch attacks against the anti-government protesters in the recent mass demonstrations in Iraq.

At least 500 people have been killed and 17,000 injured in the protests, according to Iraq’s High Commission for Human Rights.