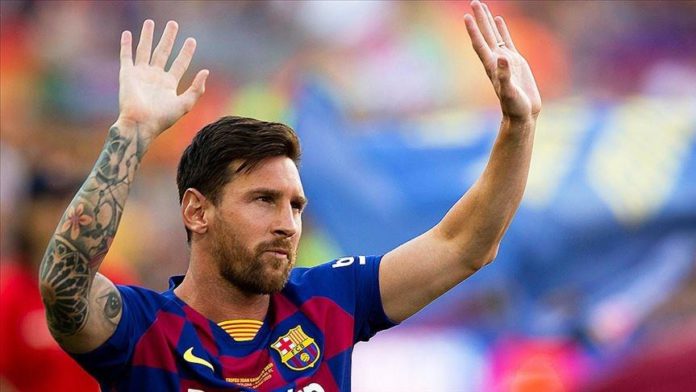 Barcelona’s Argentine superstar Lionel Messi is a man of records as the 33-year-old skipper added a new milestone to his longtime Barca career.

Messi racked up 768 Barcelona appearances to be the record holder in this field.

The Argentine superstar has broken the Spanish club’s all-time appearance record in a 6-1 win against Real Sociedad on Sunday.

Both Busquets and Pique are active Barcelona players.

Messi also scored 663 goals for Barcelona in 768 matches since 2005. In addition to the appearances, Messi is also Barcelona’s all-time top scorer. The Argentine skipper set it in 2012.

Messi has always been a prolific forward, but he was even more lethal in 2012.

The Barcelona player scored 91 goals in a single year.

He set a world record in this field, beating German legend Gerd Muller’s 85-goal record in 1972.

One of the famed Barcelona products, Messi bagged 34 titles in senior-level at Barca, including 10 Spanish La Liga and four UEFA Champions League titles.

The 33-year-old broke this record in the 2016 Copa America semifinal against the US, scoring from a free-kick.

His compatriot Gabriel Batistuta found the net 54 times in 78 appearances for Argentina, but Messi overtook him.

Batistuta was one of the iconic Argentine players who retired from the game in 2005.

In the meantime, Messi racked up 142 appearances for the Argentine national team, but he needs to play in six games more to beat Argentina’s most capped player Javier Mascherano.

Retired from football in 2020, Mascherano — a former Liverpool and Barcelona midfielder — had 147 appearances for his nation.

Zanetti, 47, quit playing football in 2014 and is currently serving for Inter as a vice president.

Messi is trailing behind Zanetti in Argentina’s all-time appearance standings.