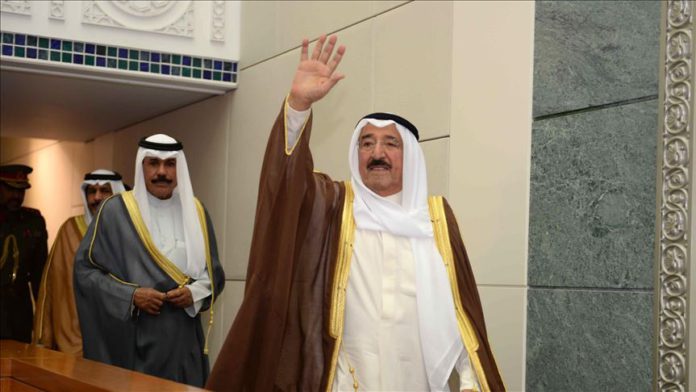 Sheikh Sabah al-Ahmad al-Jaber al-Sabah, the 15th Emir of Kuwait, died Tuesday at the age of 91 after ruling the country for 14 years, during which he became a mediator in a region rife with political conflicts.

According to the Amiri Diwan, or royal palace, the Emir passed away in the US while receiving hospital treatment.

Since January 2006, al-Sabah’s leadership of Kuwait resulted in the creation of balanced and rational diplomacy in the region as he sought peace, headed humanitarian work and played a role in mending the rift among Arab states, especially during the Gulf crisis.

In 2014, the UN recognized the Emir’s leading role in humanitarian work for his efforts in the fields of charity, humanitarian support and relief in various parts of the world.

In the summer of 2017, al-Sabah also became the leader of peace diplomacy in the Gulf crisis.

The late Emir also held many titles throughout the course of his rule of Kuwait, most notably “Prince of Humanity,” “Man of Peace” and “Leader of Reconciliation” at Arab and international levels.

Al-Sabah was born in Jahra province northwest of the capital on June 16, 1929.

In 1954, he was appointed as a member of the Supreme Executive Committee, which is concerned with the task of organizing the interests and departments of the government and following up on its plans. At the time, he was under the age of 25, and gradually assumed government positions.

In 1961, he was appointed as a member of the Supreme Council, which served as a ministerial council that ran government work.

He held several ministerial portfolios, most notably Minister of Guidance and Information, and the position of deputy prime minister from March 1981 to Feb. 9, 1982.

He was also appointed head of the Kuwaiti delegation to the UN and the Arab League before becoming foreign minister from 1963 until 1991.

In July 2003, he became prime minister before becoming the Emir of Kuwait in January 2006, after members of the National Assembly unanimously pledged allegiance to him.

In 2014, the United Nations honored him in a ceremony sponsored by then UN Secretary-General Ban Ki-moon in appreciation of his humanitarian efforts and named him “the leader of humanitarian work.”

According to experts and observers, the late Emir maintained an unbiased policy and supported humanitarian initiatives in resolving crises in Yemen, Syria, Iraq, Libya and Palestine as well as initiatives to help Muslims in many regions of the world, most notably the Rohingya Muslims in Myanmar.