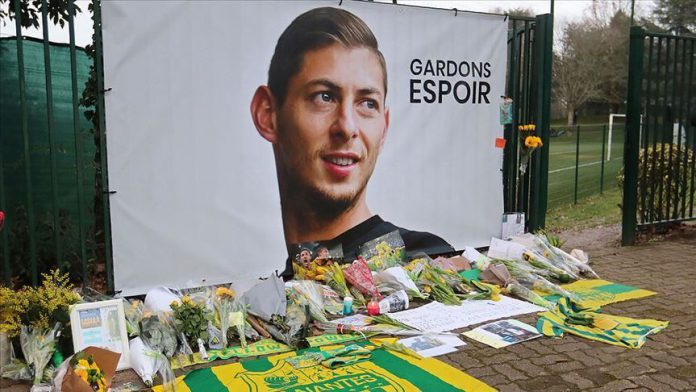 The tragic death of Argentine football player Emiliano Sala marked one year as the plane carrying the 28-year-old plunged into the English Channel on Jan. 21, 2019.

A former Nantes forward, Sala was on his way to join his new club Cardiff City but the plane that he took from Nantes vanished from radar near the Channel Islands.

The wreckage of a plane was found by a private search boat on Feb. 3 where his body was recovered from the single-turbine airplane.
Cardiff City called supporters on Tuesday to commemorate Sala by laying flowers and wreaths outside the club stadium.