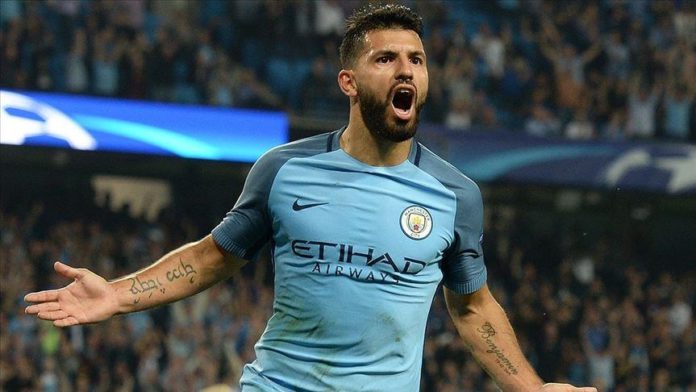 Manchester City’s Argentine star Sergio Aguero — the English club’s all-time top scorer — is set to leave his club this summer after ten years at Etihad Stadium with a wealth of unforgettable memories.

Aguero is a well-loved player with his performance, prolificacy and effectiveness on the pitch, especially in offensive plays.

He joined Man City from Spanish club Atletico Madrid in 2011.

The 32-year-old is still remembered for his miraculous injury-time winner against Queens Park Rangers (QPR) in the last match of the 2011-12 English Premier League season as his goal at Etihad Stadium gave Man City their first English title in 44 years.

In the QPR game in Manchester, Man City came back from a 2-1 deficit to win the edgy clash 3-2 with two stoppage-time goals as Bosnian striker Edin Dzeko leveled the match with a header and then Aguero scored from a difficult angle.

As a result, Italian manager Roberto Mancini’s men were crowned the English champions.

In the 2011-12 season, Manchester City battled their rivals Manchester United for the English league title.

Man City and Man United racked up 89 points each in 38 matches, but Man City earned the title on goal difference.

Aguero, one of the key players for the 2012 triumph, scored 23 goals in 34 Premier League appearances during the 2011-12 season, his first season with the English team.

Aguero tallied 257 goals in 384 appearances for Manchester City in his decade-long span to be the club’s all-time top scorer.

Manchester City beat Napoli 4-2 in Naples. Aguero scored the third goal for his team and his 178th goal for Man City.

Brook was a Manchester City forward from 1928-1939. He was also able to play as a left-winger.

Aguero is a respected Premier League forward as the Argentine national is among the league’s all-time top five goal scorers.

Except for Aguero, all above are retired players.

Besides, he bagged the 2019 English FA Cup with Man City.

Before his illustrious career in the UK, Aguero helped Atletico Madrid win the 2010 UEFA Europa League title and the UEFA Super Cup the same year.

He netted 26 league goals to be the top scorer in the 2014-15 Premier League season.

Argentina reached the 2014 FIFA World Cup final as Aguero was in his nation’s silver medalist squad.

The Argentine national team lost to Germany 1-0 in the final at Maracana Stadium in Rio De Janeiro as German midfielder Mario Gotze scored the winning goal in extra time.

Aguero and his compatriots returned home with a silver medal.

He also produced 41 goals in 97 international caps for his native Argentina.

City to honor him with statue

Manchester City has been planning to erect a statue outside Etihad Stadium to pay tribute to Aguero.

“In the meantime, it gives me great pleasure to announce that we will be commissioning an artist to create a statue of Sergio to live at the Etihad Stadium alongside the ones under construction for Vincent [Kompany] and David [Silva]. And we look forward to the opportunity to bid Sergio a fitting farewell at the end of the season,” Man City chairman Khaldoon Al Mubarak said in a statement Monday.

The club added that it is also planning to bid a farewell ceremony to Aguero in Manchester City’s final home game of this season against Everton.

Ex-Belgian defender Kompany and Spanish midfielder Silva, who is currently playing for Real Sociedad in Spain, were the Manchester City veterans in the 2010s.