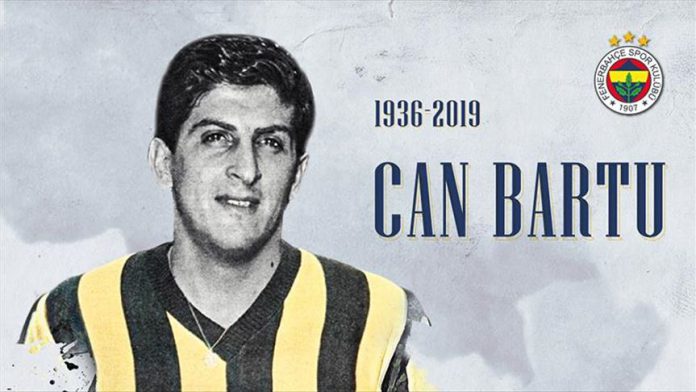 Saturday marked the first death anniversary of the legendary Turkish footballer Can Bartu.

Considered one of the greatest football talents in Turkish football, Bartu left his mark on the history of Fenerbahce and Turkey’s national team with his pure skills on the pitch.

He was born on Jan. 30, 1936 in Istanbul, and began his sports career as a basketball player for Fenerbahce’s youth team and picked up five Turkish caps for the senior national team before switching to football.

On the pitch, he built an exceptional career during 1960s, representing Turkish football abroad and playing for Italian football