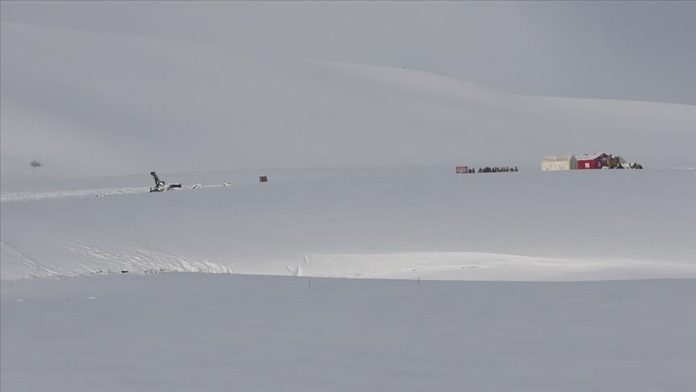 A detailed investigation on the recent deadly crash of a military helicopter in eastern Turkey is ongoing.

Military personnel and Turkish Emergency and Disaster Department (AFAD) staff arrived at the crash site near the village of Cekmece in the Tatvan district of Bitlis province in the early hours on Friday.

Tight security measures were put in place around the village perimeter, with military personnel blocking entry to the site except for the investigating team.

Army personnel who went to the site of the accident continue to conduct their investigation.

Investigation underway after a military helicopter crashed in eastern Turkey, resulting in 11 martyrs

Meanwhile, the Turkish Red Crescent’s Bitlis branch offered soup and tea to the military staff, search and rescue teams and medical professionals in the area.

It was stated that the wreckage would be removed from the region after the investigation is complete.

At least 11 Turkish soldiers, including a lieutenant general, were martyred and two others injured as a military helicopter crashed on Thursday.